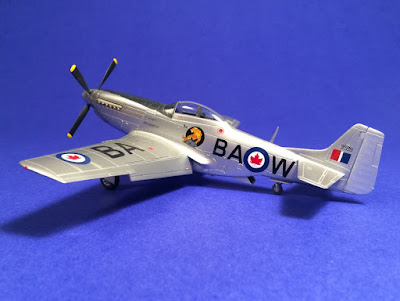 I've only wanted to build an RCAF 424 Squadron Mustang 4 with the tiger badge since about 1982. In 2016, I finally made it happen. This is the Airfix kit mostly out of the box with Leading Edge decals. 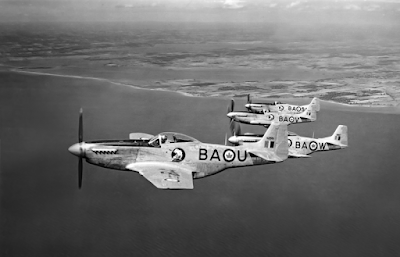 424 Squadron was an Auxiliary Fighter Squadron that flew from Hamilton, Ontario, post World War Two. The tiger badge on the side was adapted from the CFL Hamilton Tigercats logo. Gunze Mr. Colour H8 Silver for the natural metal and Tamiya Flat Aluminum for the rudder. The spinner is Gunze Chrome. This is my least favorite of the new tool Airfix kits that I've built, but it's still pretty nice and a great value. (The black and white photo is courtesy of the Canada. Dept. of National Defence/Library and Archives Canada.) 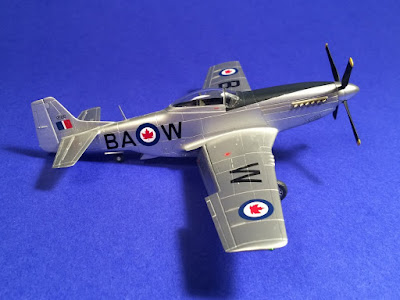 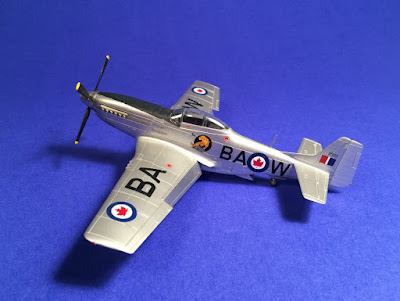