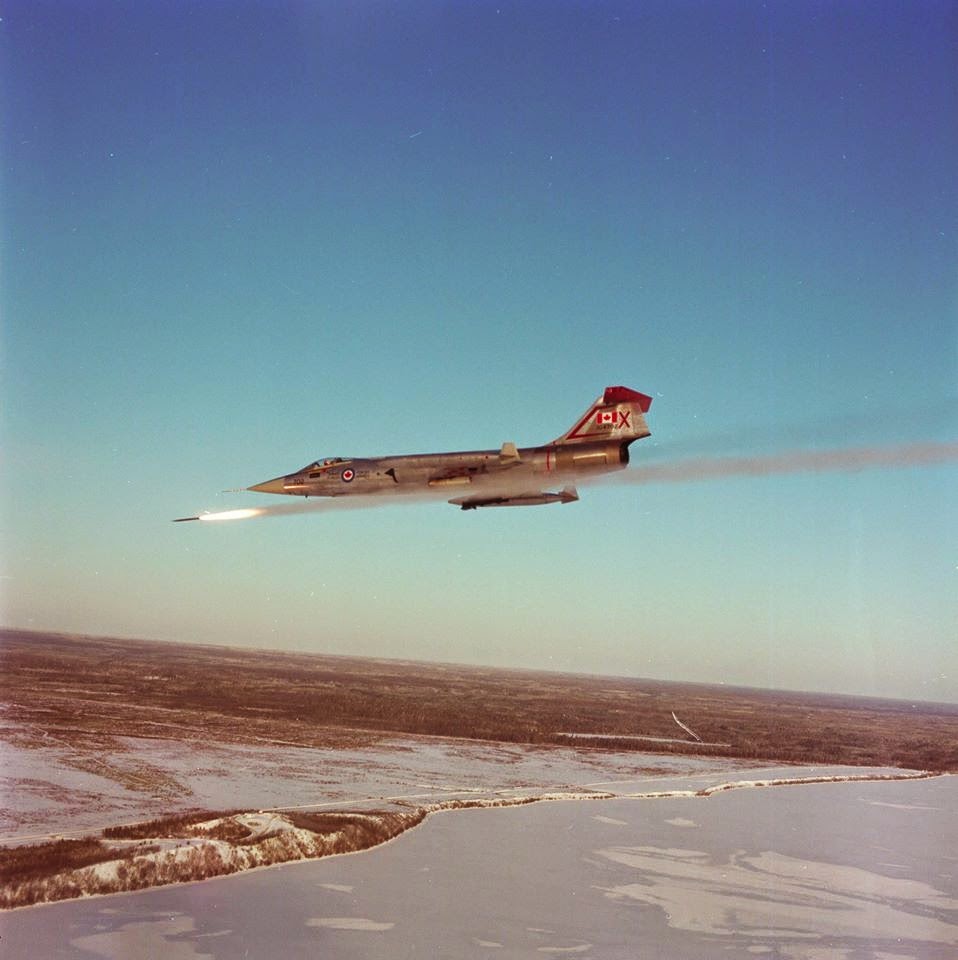 Here is a neat set of photos of Canadair CF-104 Starfighter 104702.  Accepted by the RCAF in 1961 as 12702, the airplane spent its whole career flying with CEPE (Central Experimental and Proving Establishment), 448 (Test) Squadron, and their successors AETE (Aerospace Engineering Test Establishment).  It had a brush with fame when it flew as a chase plane for Lockheed built Starfighter 12700 piloted by Wing Commander Robert A. “Bud” White, who set the Canadian altitude record of 100,110 feet on December 14, 1967. 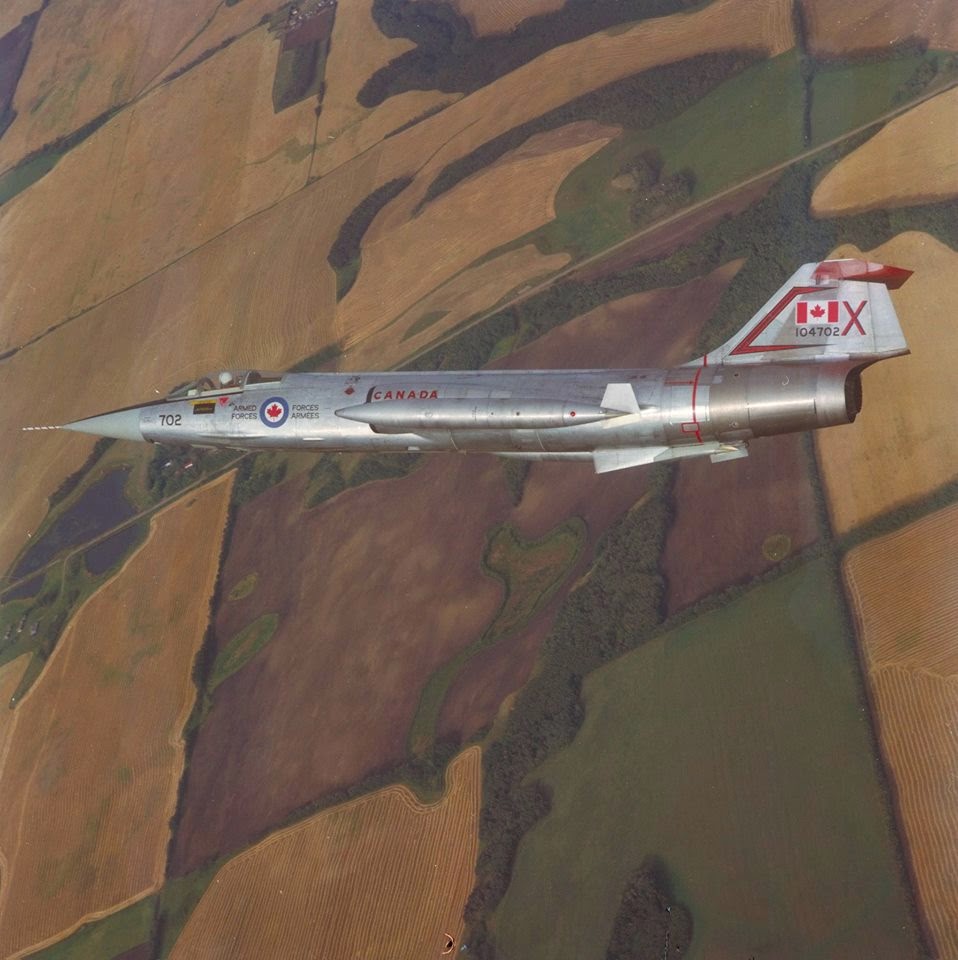 Renumbered as 104702 after unification in 1968, the X on the tail was AETE's "squadron" marking.  The aircraft was slightly bent during arrest hook trails, but the CO of AETE Col. Dave Wightman claimed that that the tail markings made it fly faster.  Looking at these photos, it is hard to disagree! 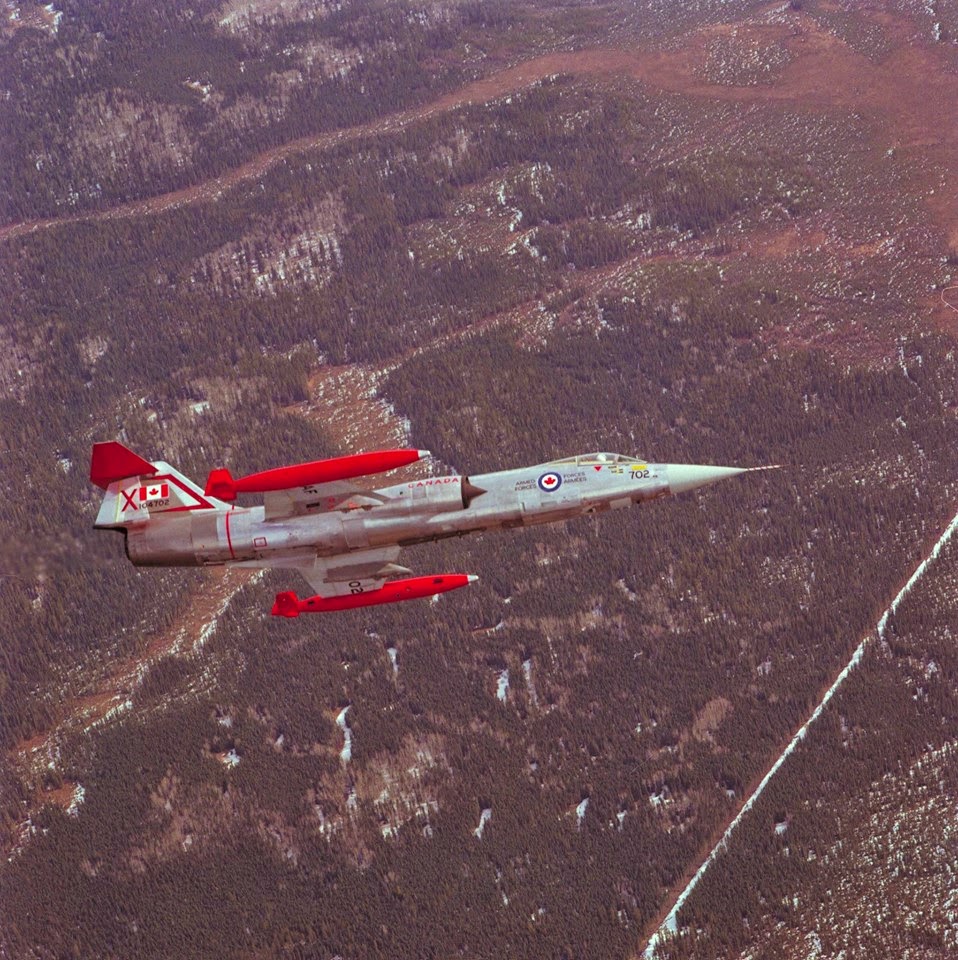 702 was struck off strength in 1983 and now spends it time sitting on a pole at Joe Hoffner Memorial Park at Grand Centre, Cold Lake, Alberta. 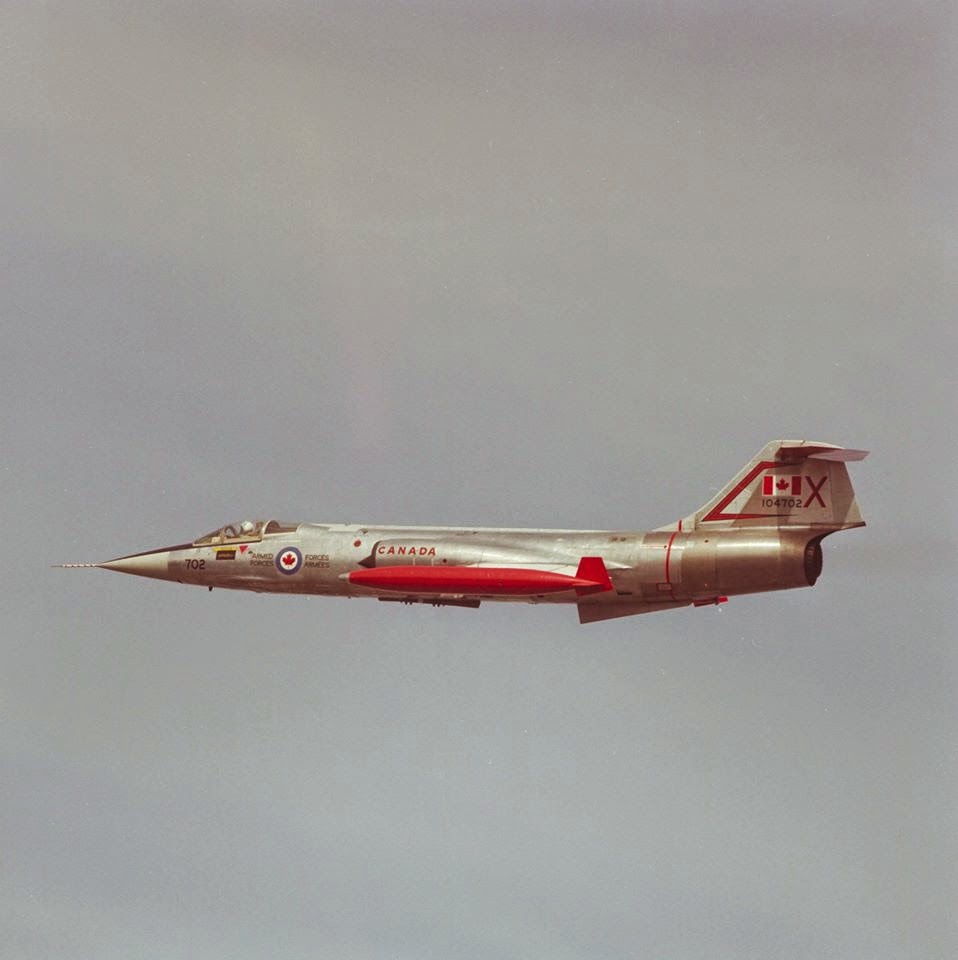 The photo above was adapted into a decorative metal pin.  In a fun twist of fate, my mother found my Dad's copy of this pin and gave it to me last week after I had started preparing this post.  It now has a prized position in my model display case.  I really need to build a CF-104 to park behind it.   (Photos courtesy of the Canada. Dept. of National Defence/Library and Archives Canada.)

Modeler's Note: There have been many Starfighter kits issued in 1/72 over the years.  Most modelers consider the Hasegawa kits issued in the late 1980s as the best kit of the type, but I would counter that the ESCI kit from the early 1980s (also issued by AMT/ERTL and Italeri) kit is well worth considering.  The Hasegawa kits strike me as overly complex and I enjoy the simple construction of the Italian company's Starfighter.
on April 19, 2015
Email ThisBlogThis!Share to TwitterShare to FacebookShare to Pinterest
Labels: Canadian Armed Forces, CF-104, RCAF History