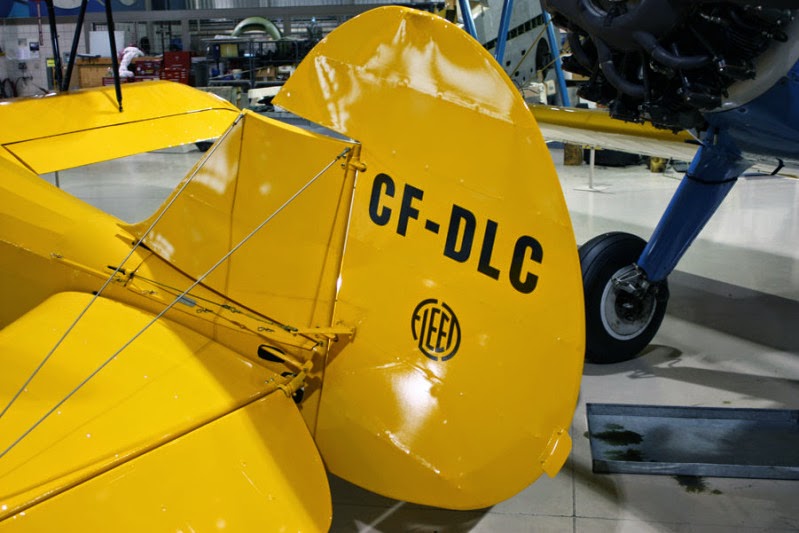 The Fleet Model 21 is one of those minor, but fascinating, Canadian aviation projects of the pre-World War Two era.  I became enamoured by the type after seeing one at a Hamilton Air Show in the early 1980s.  It just oozed 1930s biplane grace and power and in my young mind looked very much like a biplane Harvard.  It turns out that the Fleet 21 was a Canadian built version of the Consolidated Model 21, also known by the USAAC as the PT-11, PT-12 and/or BT-7 depending on the engine.  Eleven aircraft were built in Canada with a Pratt & Whitney Wasp Junior engine.  One interesting feature is that the Fleet 21 had a deeper belly than the PT-11, making the aircraft look beefier than the more delicate Consolidated predecessor.  Of the eleven aircraft, designated Fleet Model 21M, ten went to Mexico.  Armed with three .30 guns, you have to wonder what military use these hefty biplanes offered the Mexicans. 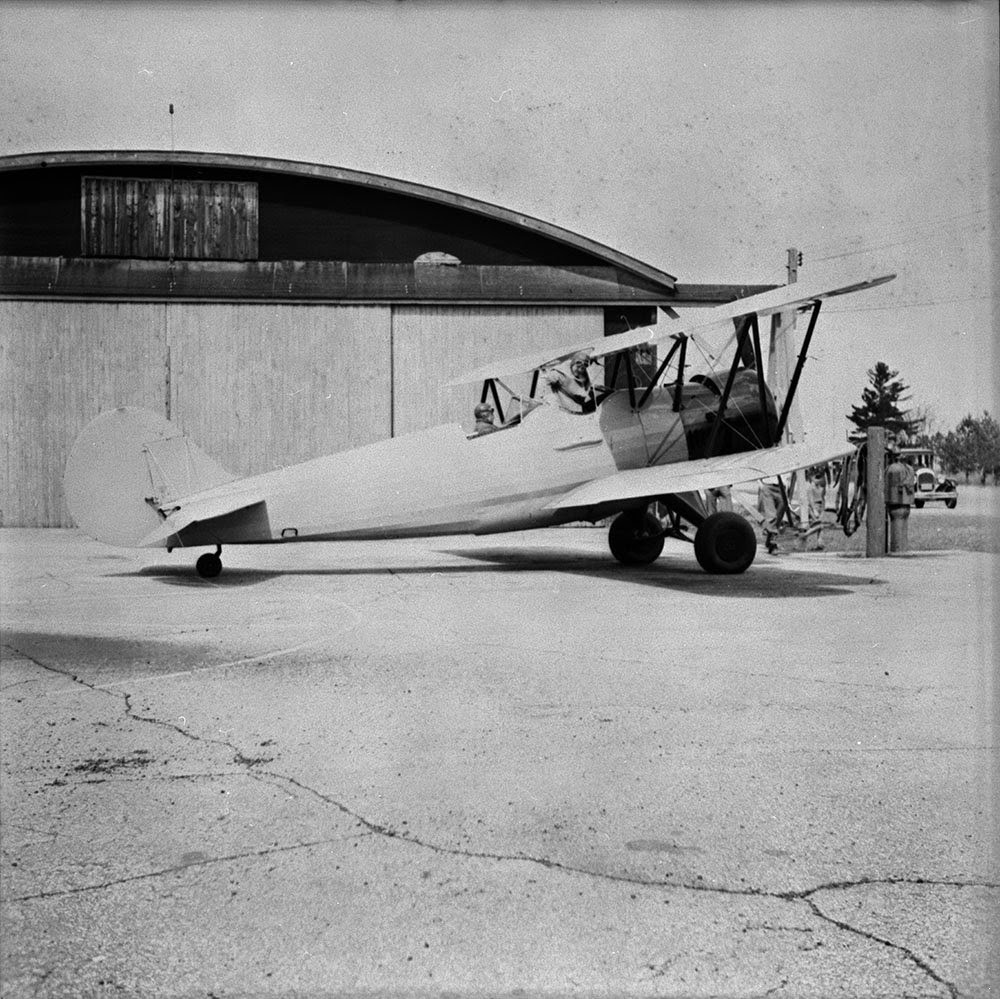 The subject of the above photo was the eleventh aircraft built.  (The photo is dated 1938, and the caption says it was taken at Camp Borden.)  Built as a demonstrator by Fleet in order to entice the RCAF to purchase the type as a trainer, it was flown with absolutely no markings; neither a RCAF serial number nor a civil registration was assigned.  Evaluated by the RCAF at Rockcliffe during 1937 and 1938, the aircraft was found to handle well, but the RCAF considered it antiquated.  With the Harvard about to enter service with the RCAF in 1939, the Fleet does look like a leftover from a previous epoch.  The RCAF decided not to purchase the type, which may have had less to do with its antiquity, and more to do with the lack of funds.  (Keep in mind the RCAF did eventually pony up and buy Canadian Car and Foundry Goblin biplane fighter for which the RCAF had minimal want or use.)

However, the Fleet 21 did find some work to assist with the war effort.  Fleet shared their Fort Erie location with the Irvin Air Chute Company who supplied parachutes for the BCATP and the RCAF.  The contracts required that each chute be dropped from an aircraft prior to acceptance by the RCAF.  Therefore, the Fleet was converted into a single seater, a drop bay was opened up under what would have been the rear cockpit, and it was loaned to Irvin during the war.  During that time, thousands of parachutes were dropped from the Fleet.  I have heard in passing that the Fleet carried RCAF roundels at some point in its life.  Not so long ago, I came across the photo below which appears to show the drop test Fleet with roundels, but again, no distinguishing marks.  Sadly, the quality is such that it is hard to draw many conclusions from the photo.

Post war, the Fleet was finally assigned a civil registration, CF-DLC, and was purchased by Fleet test-pilot Tommy Williams, who also had done most of the parachute drop test work in the aircraft for Irvin.  He installed a Jacobs L-6MB engine in place of the Pratt & Whitney Wasp Junior, converting in into a Fleet 21K.  Williams owned the airplane for many years and in the mid 80s it was donated to the Canadian Warplane Heritage in Hamilton.  Still flown occasionally and converted back into a two seater, the Fleet looks just as good as it did the day it rolled off the Fleet construction line.  While the CWH Fleet is the last airworthy survivor, the Reynolds Museum has parts of an ex-Mexican Fleet 21M in storage as a future restoration project.  (Black and white photos courtesy of the Canada. Dept. of National Defence/Library and Archives Canada.) 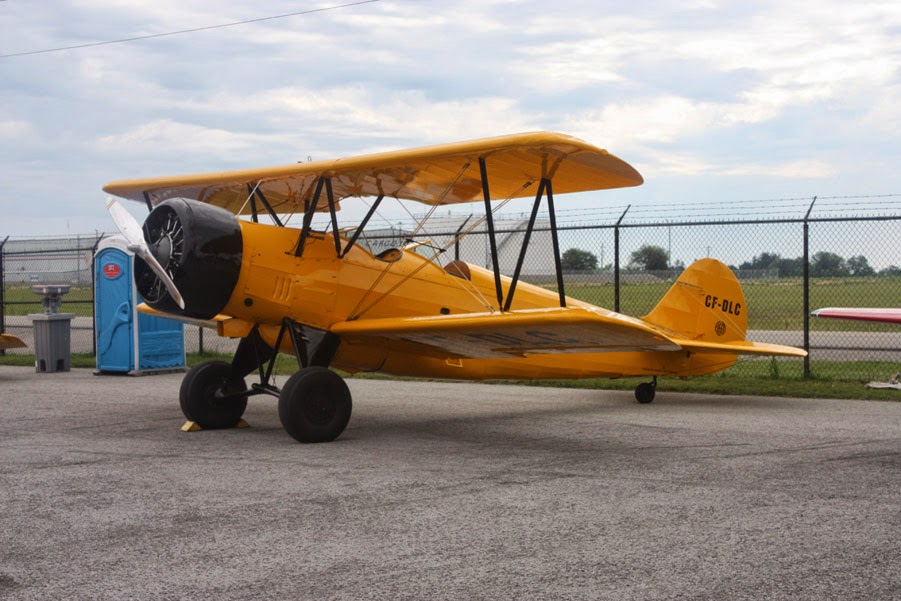 Modeler's Note: No kit of the Fleet 21M has ever been issued.  It also appears that the Consolidated PT-11 has yet to attract any model manufacture's interest.  One for the resin guys, someday?
on April 12, 2015
Email ThisBlogThis!Share to TwitterShare to FacebookShare to Pinterest
Labels: Canadian Warplane Heritage, RCAF History