Last Saturday was the annual IPMS Seattle Spring Show.  Held once again at the Renton Community Center,  there were about 800 or so models entered.  (The large room was packed with modelers and at times it was hard to negotiate the vendor area due to all the people.) Vendors were set up around the contest area and this year there was a small separate overflow room.  (All I bought were two sets of Barracuda wheels and a decal sheet...I'm such a good boy these days.)  Entries were of the usual high quality and it was a fun way to spend a few hours. Here are a few 1/72 selections that caught my eye.

Is this an authentic scheme for the A-10?  It sure looked attractive. 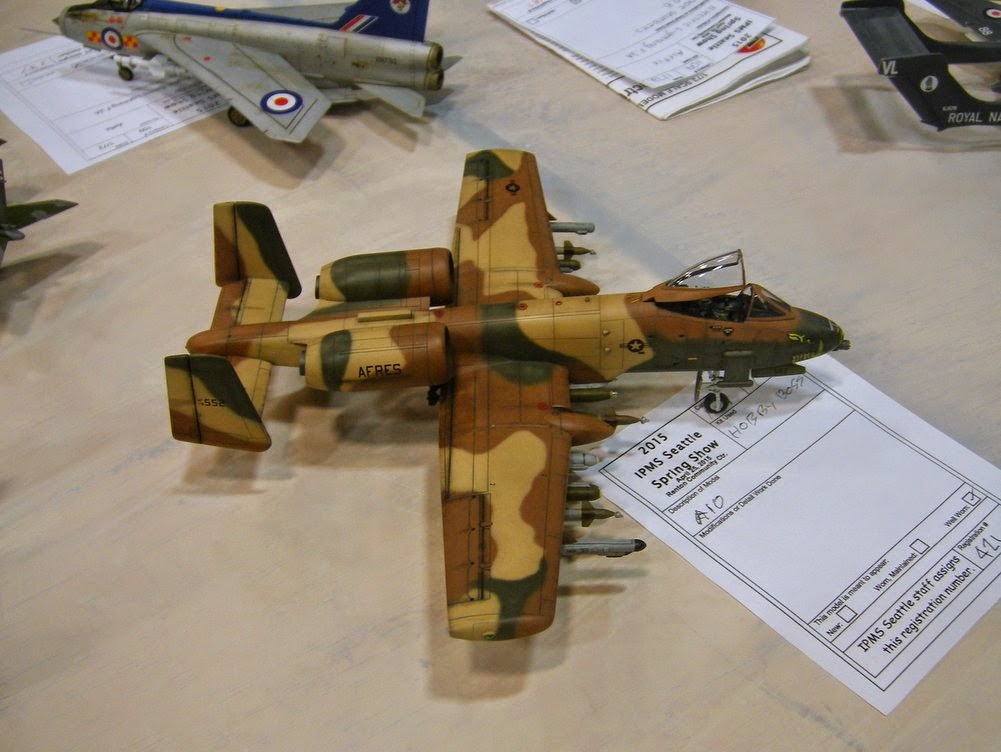 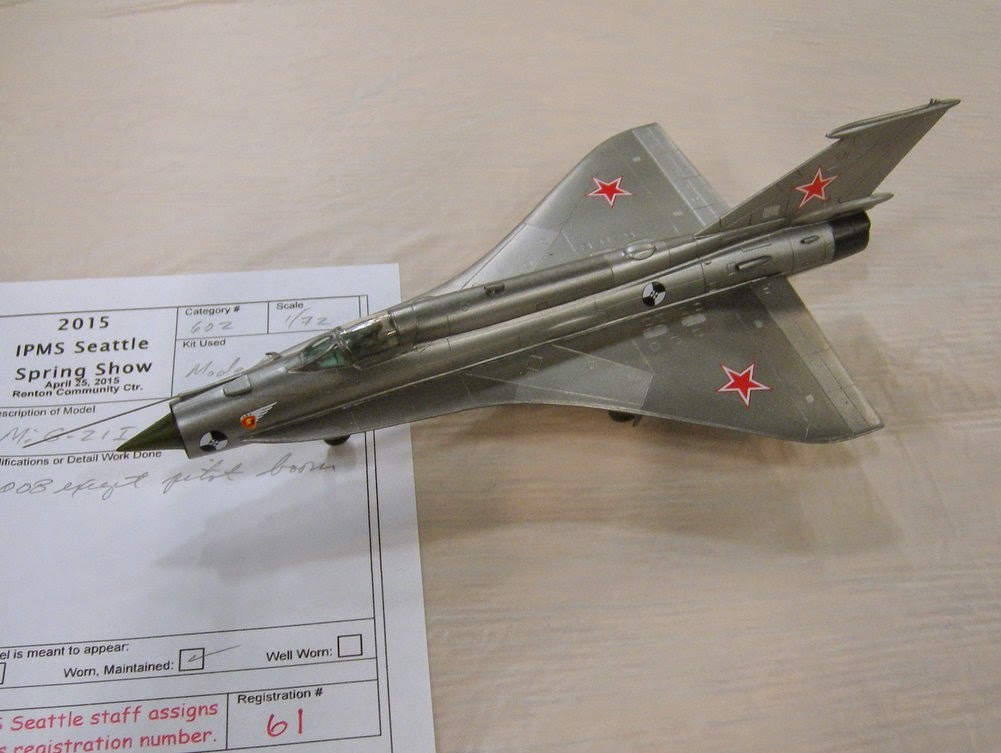 A very nice job on this AZ Breda kit. 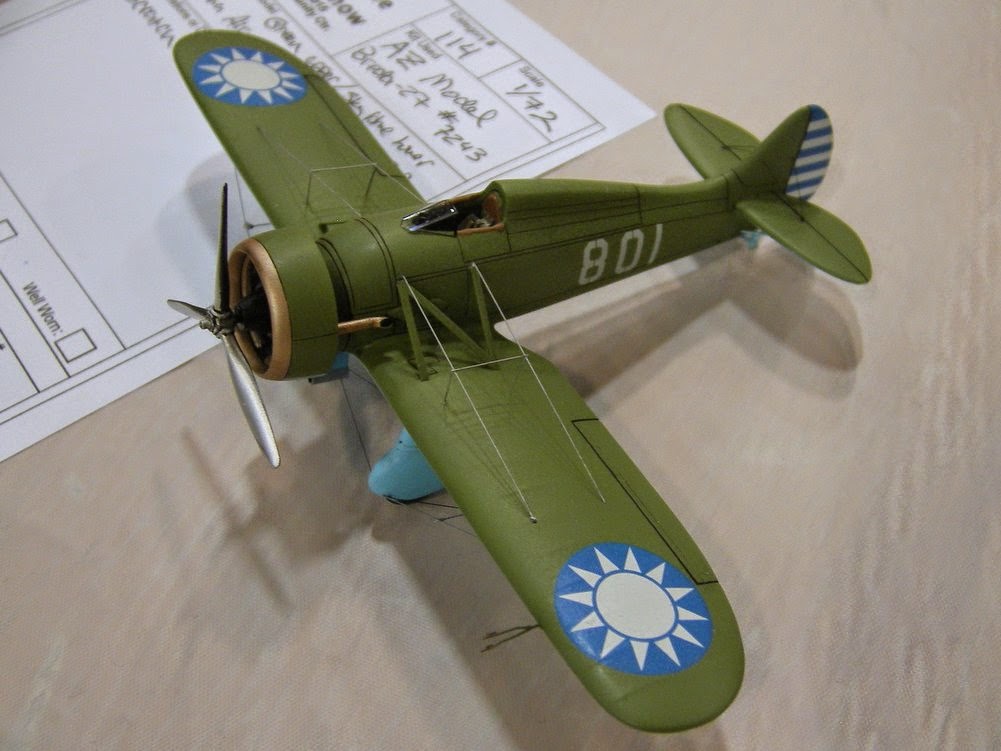 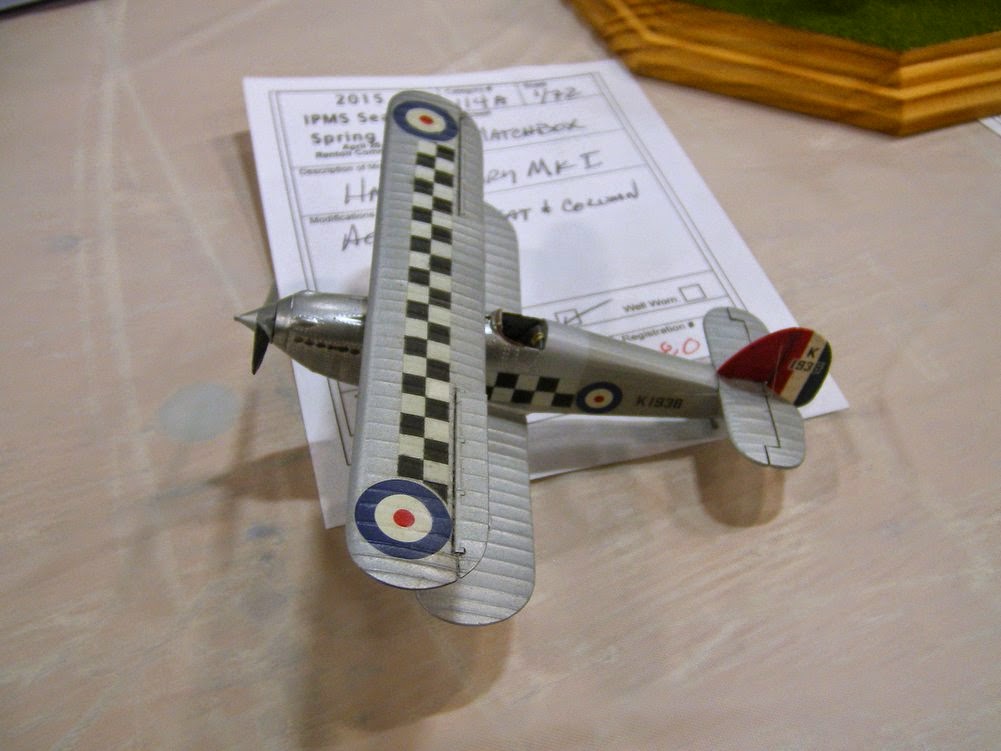 The Airfix EE Lightning appears to be a very popular kit with both a silver and green example on display. 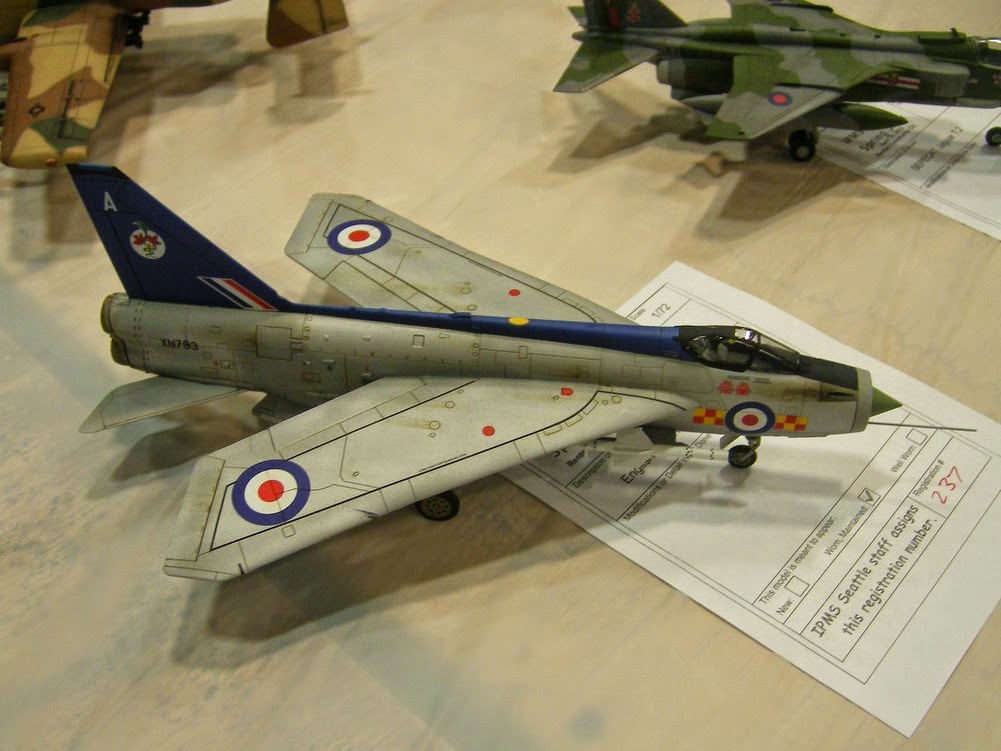 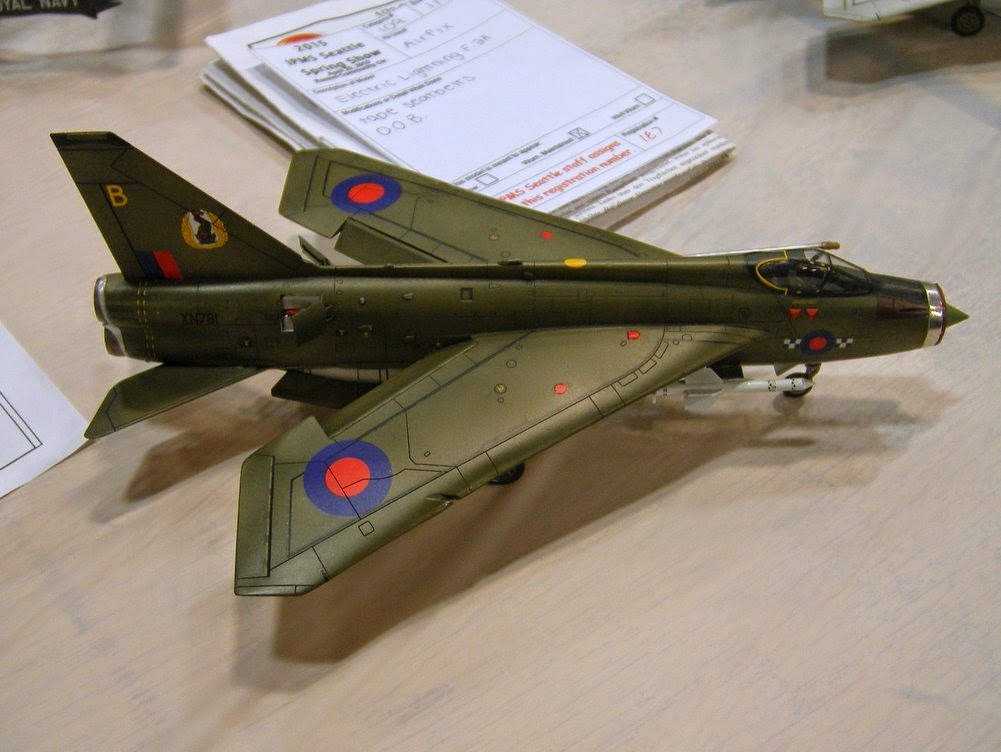 An Academy Hurricane Mk. IIc in desert markings.  (This aircraft is often described as Bert Houle's Hurricane, but he only flew it a few times.) 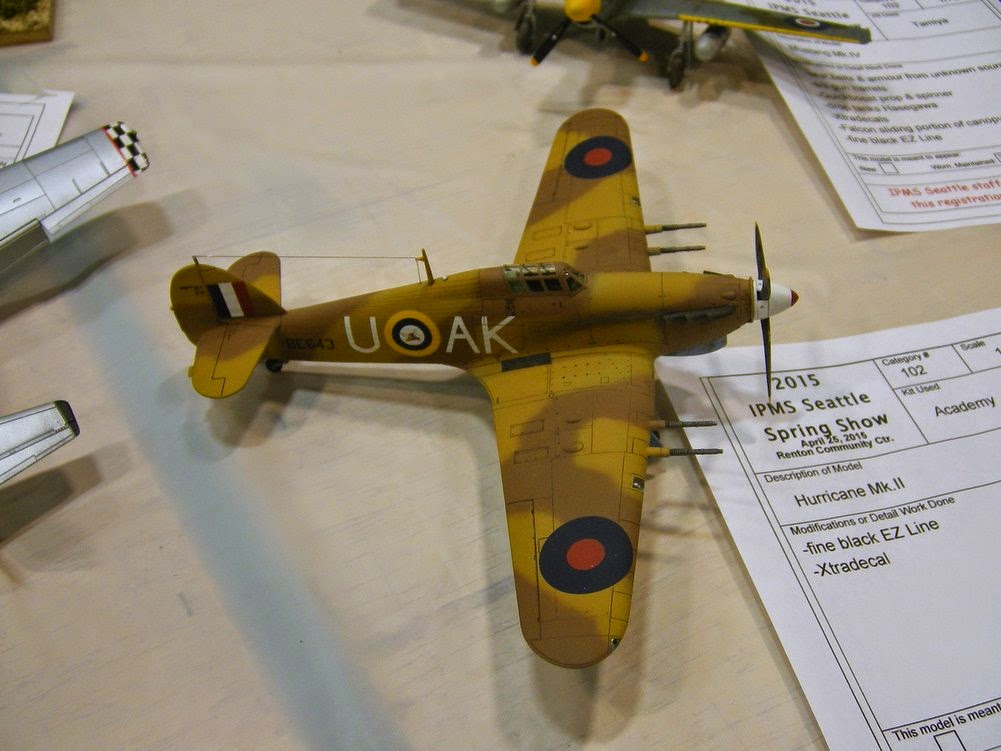 I liked this low-viz Tiger MiG-23. 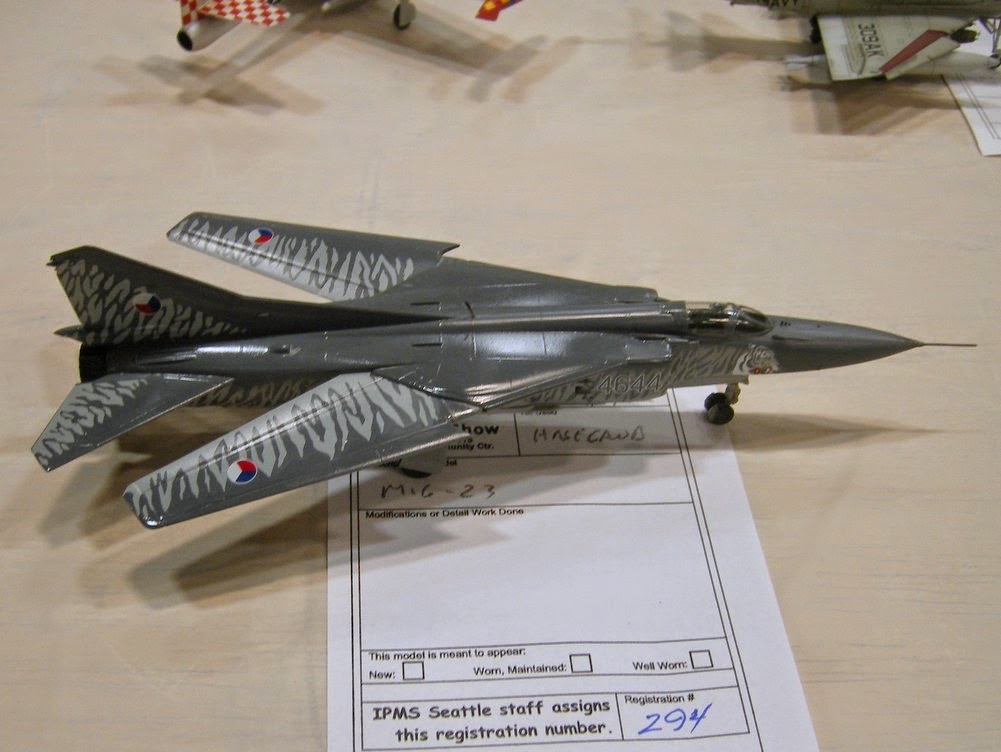 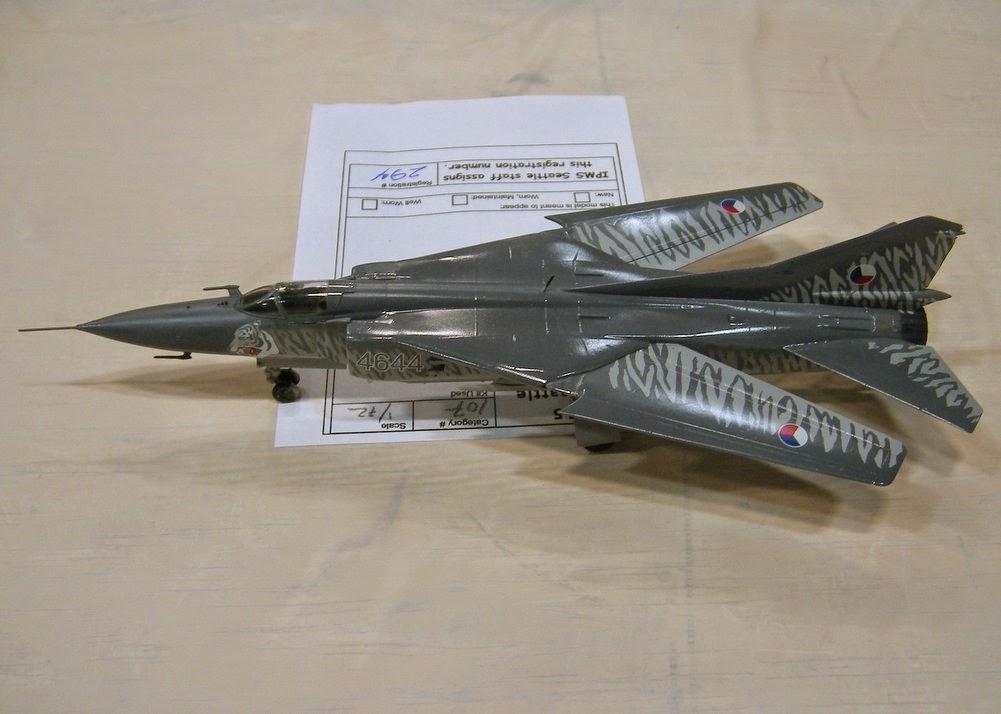 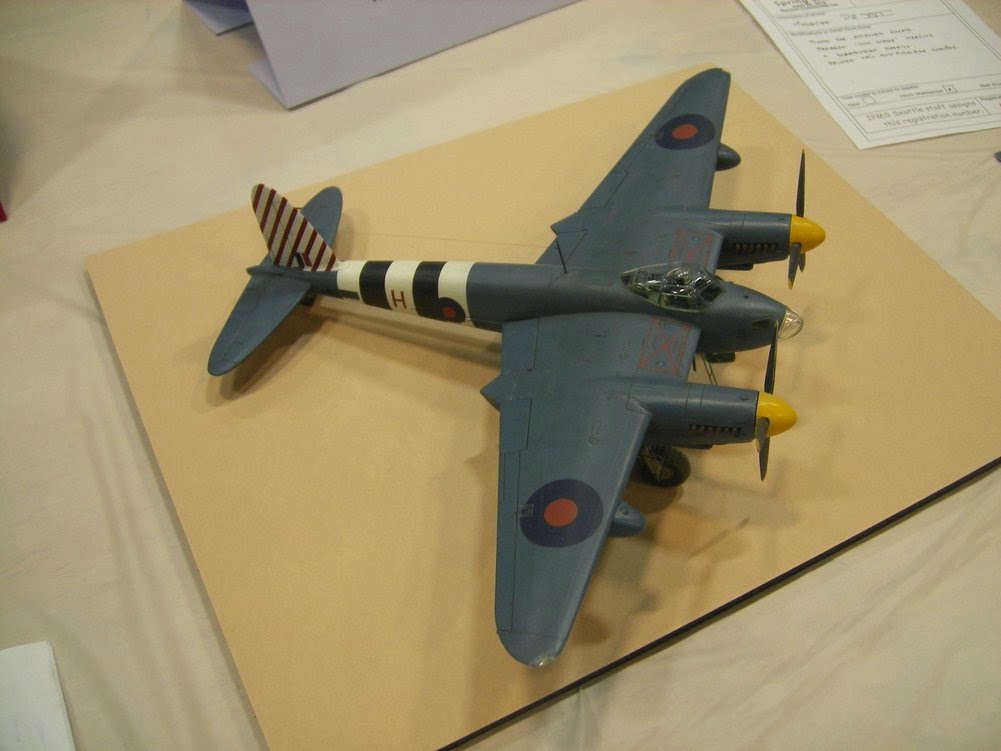 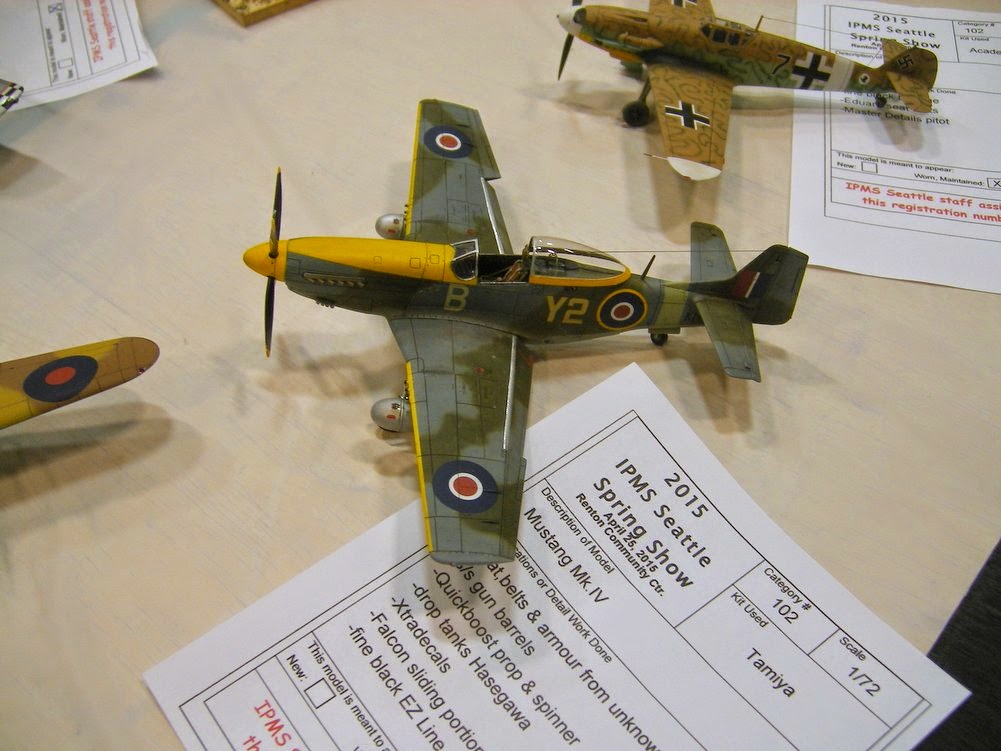 Each year IPMS Seattle hosts a Modelfy where a certain kit is chosen and it must be built as something other than what was intended.  This year the A-10 was chosen.  I especially like the A-10 X-Wing. 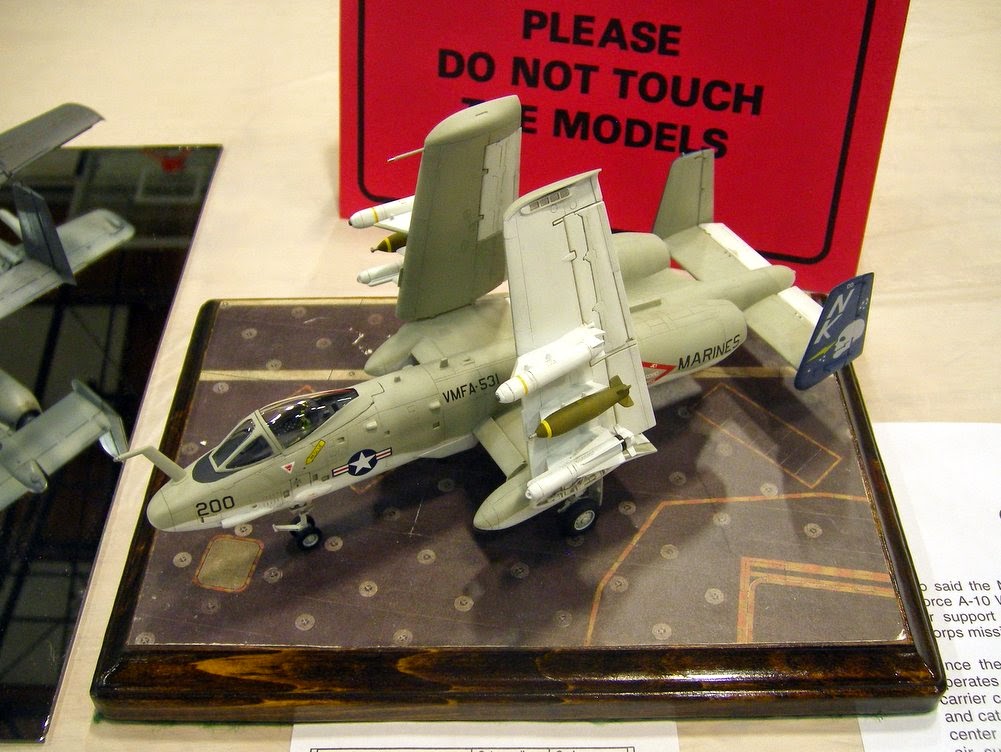 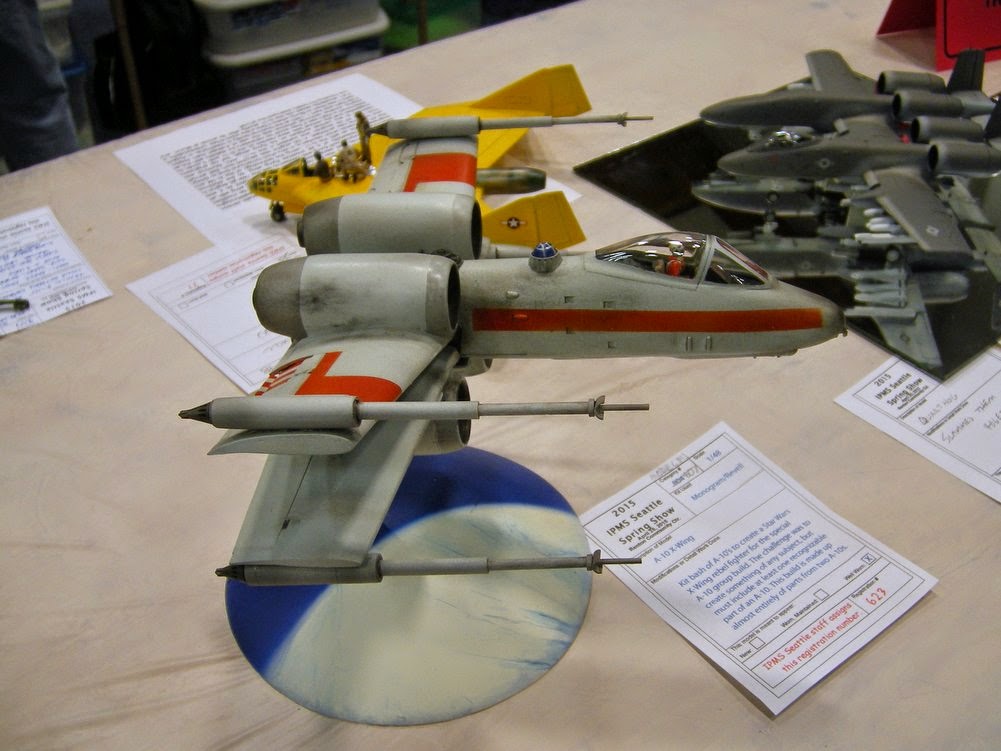 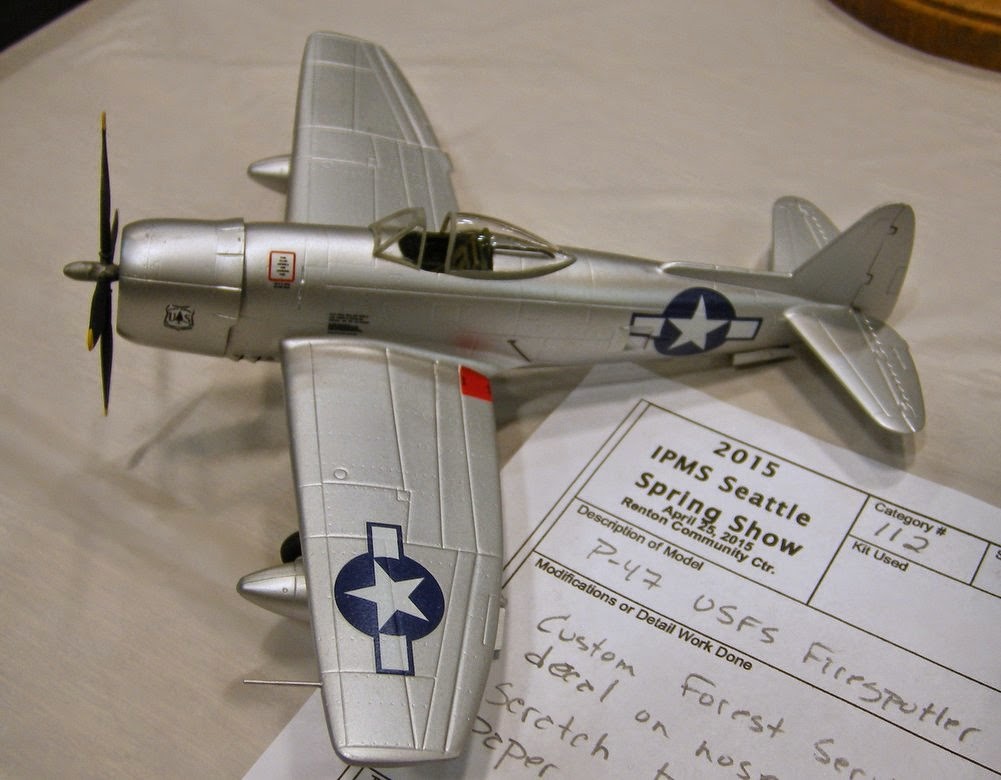 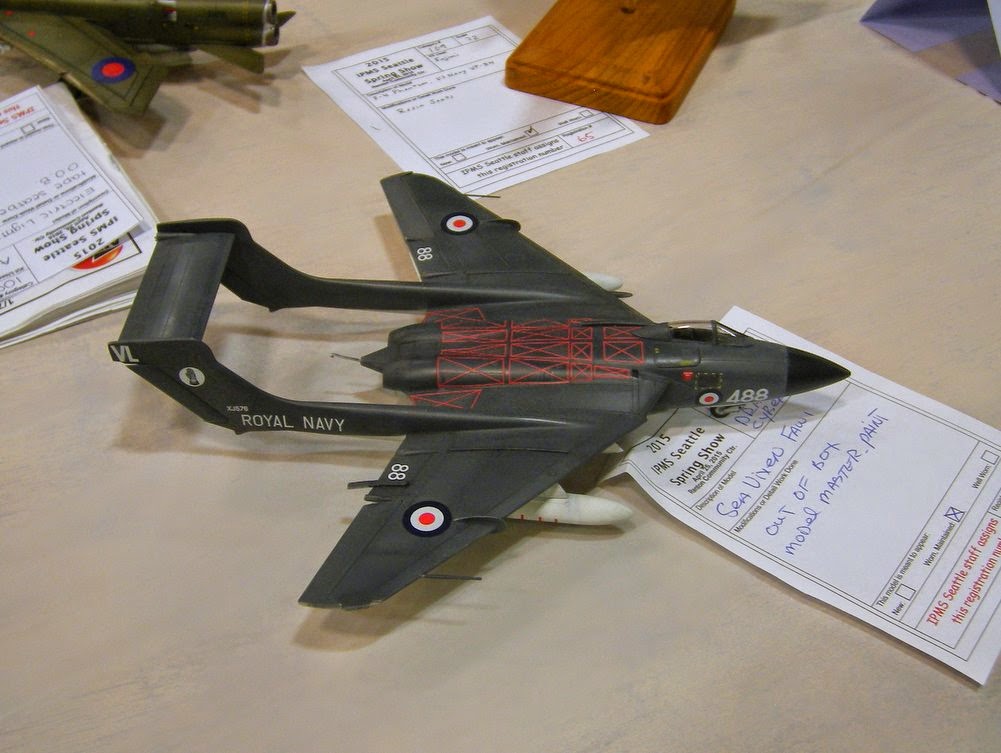 A really nice A-1 Skyraider. 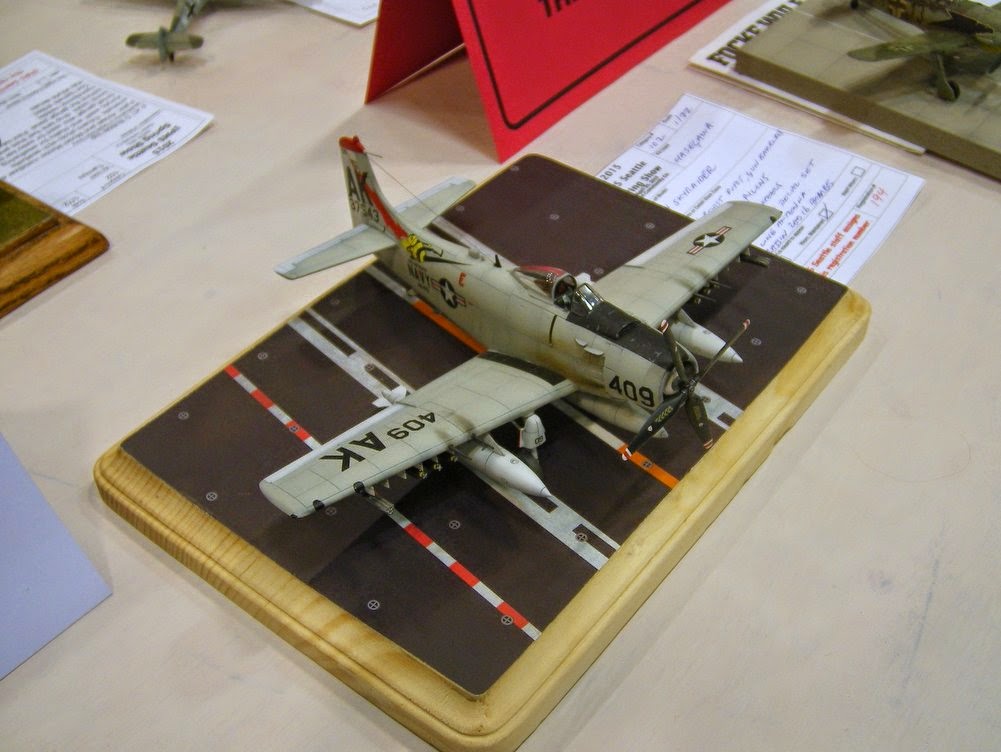 You don't often see a Storch in Laos markings. 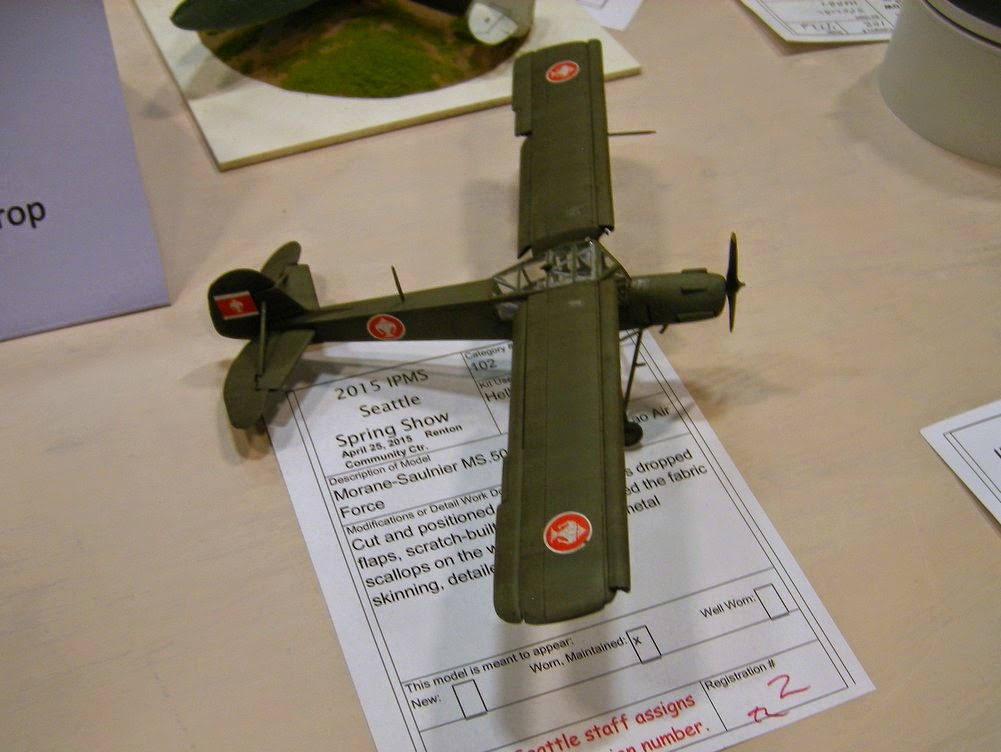 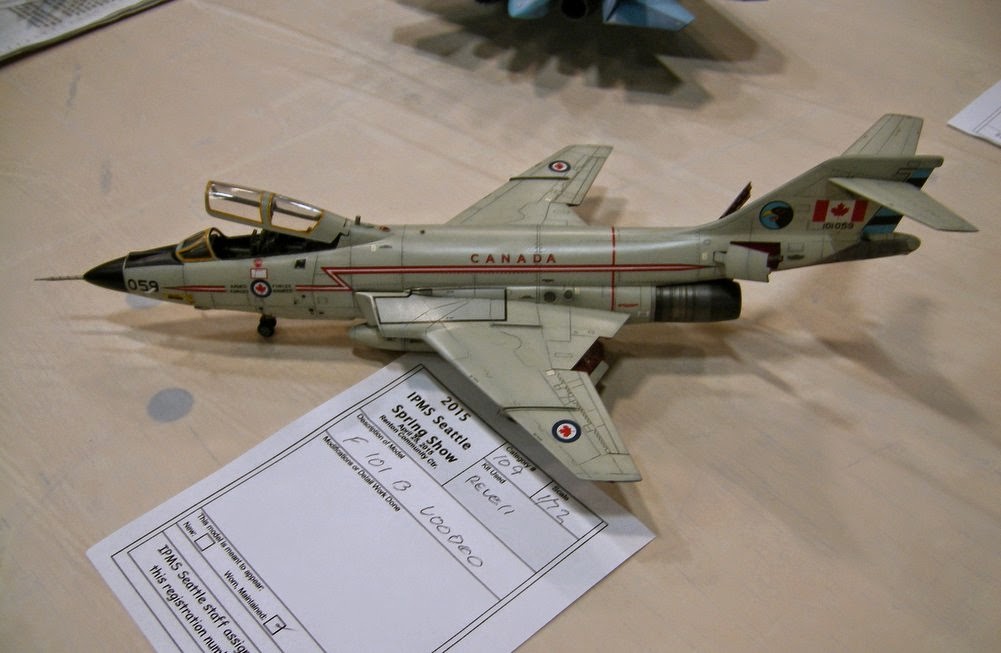 on April 28, 2015
Email ThisBlogThis!Share to TwitterShare to FacebookShare to Pinterest
Labels: Model Show