Maroon 18 and the USAAC and USAAF 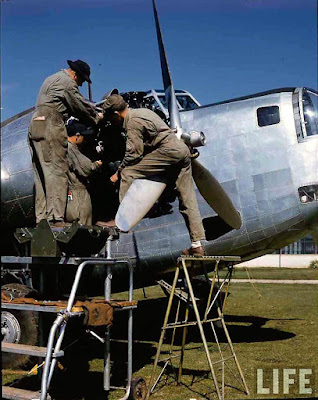 Some have asked why I included Maroon on the propeller blade of my recent P-40 (see previous two posts).

Well, a U.S. Army Air Corps paint specification issued in May 1934 called for "propeller blade - flat surface when required" to be painted Maroon 18. For most of the 30s, glare from the propeller blades in flight was not much of an issue, as the blades were unpainted wood with a small metal fitting on the leading edge to prevent damage to the blade. However, with the introduction of metal blades, glare off the blades became a concern for the pilot. It is unknown why the USAAC chose Maroon as the colour, but specs stated as follows:

To prevent glare, the face side of the propeller blades may be coated with antiglare. This coating extends from the 18-inch, or 24-inch station, as necessary, to the tip. Maroon lacquer is preferred, but if not available, maroon enamel is used. (Technical Manual - Aircraft Propellers dated January 5, 1941.)

So, for any Army aircraft with a silver blade, the rear would be Maroon 18.  Sometime after December 1941, a directive was issued to paint the whole blade black. Oddly, aviation writer Dana Bell has stated it was done "to camouflage the spinning prop in flight, which is why it covered the entire prop blade." With this new directive, Maroon 18 ceased to exist for use in the U.S. Army Air Force. A colour chip of Maroon 18 can be seen below: 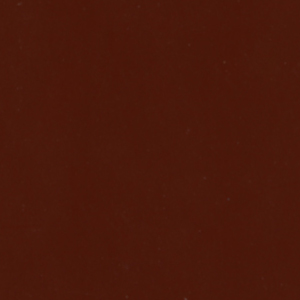 So if your USAAC or USAAF aircraft has a silver blade it should have a Maroon 18 rear face. If your aircraft has a black prop, it is the usual black overall with yellow tips. 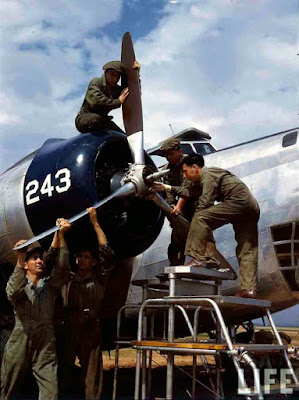 For my P-40, I used Vallejo Burnt Cadmium Red 814 as it was the only Maroon I had on hand. It appears to match the chip better than the photos. I made two mistakes on my P-40.  The first is that I extended the Maroon to the hub of the spinner...oops.  It should start from a scale 18 or 24 inches from the hub. Secondly, I did not have a chance to flat coat the Maroon before installing it on the kit. I think a nice coat of flat varnish would bring the colour closer to the look you see in the B-18 photos included here. 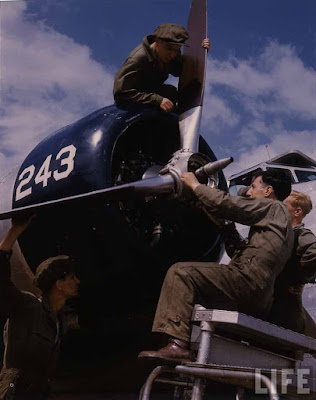 Life photos are © Time Inc. used for personal non-commercial use only. The photographer was Dmitri Kessel. 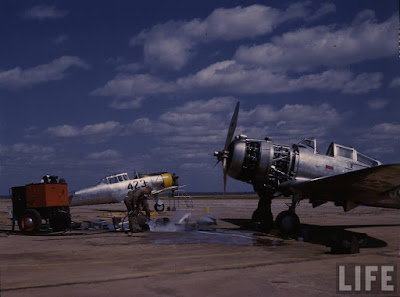 on September 09, 2015
Email ThisBlogThis!Share to TwitterShare to FacebookShare to Pinterest
Labels: Modeling