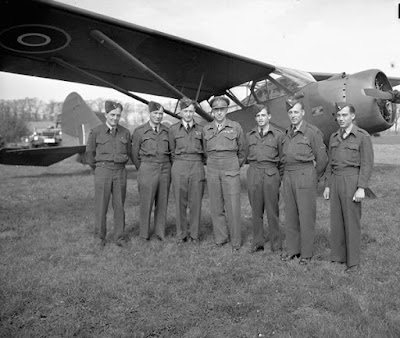 Here we have General Harry Crerar, Commander of the First Canadian Army in Europe during World War Two, and his personal Stinson L-1 Vigilant. (Photo courtesy of the Canada Department of National Defence/Library and Archives of Canada.)

Modeler's Note: MPM did a Stinson L-1 in the 2001-2002. Thankfully it is a later MPM kit with nicer moldings and an injection molded canopy.
Posted by AScaleCanadian at 4:22 AM
Labels: RCAF History