Today on Hyperscale there is a nicely done Tamiya Skyraider in Royal Canadian Navy markings. It is a what if, but Canada did have a Skyraider. Well not really, but one landed on the HMCS Magnificent on September 23, 1953 because of fog. It was AD-4B BuNo 132354 from the USS Bennington and flown by James Elster. In good Canadian tradition we added a maple leaf and made him carry a moose back to the USS Bennington. 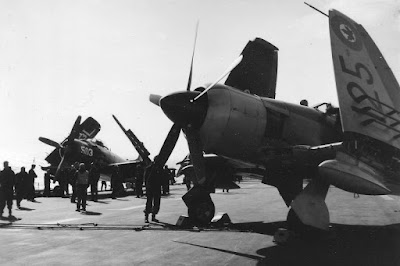 Hey, cut him off with that Sea Fury...then we'll finally have a real bomber in this Navy! 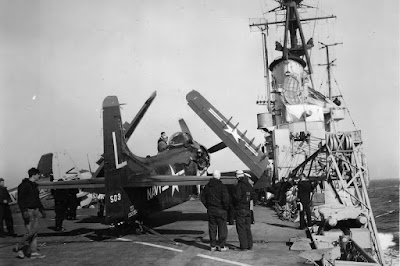 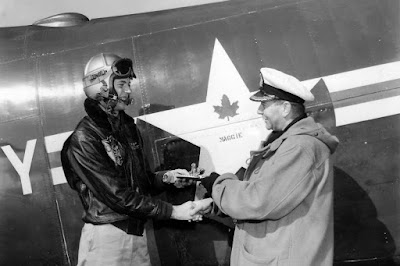 That's a Canadian now, eh. Maggie must be the name of the moose. (Or maybe the carrier...) 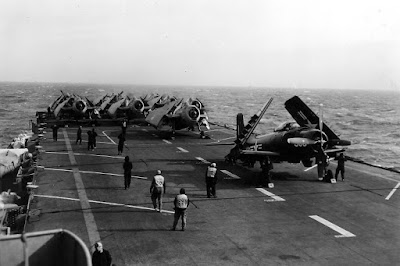 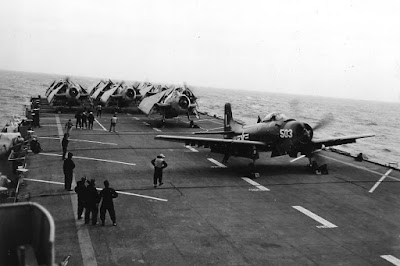 Look at all those Avengers! (Photos courtesy of the Canada Department of National Defence/Library and Archives of Canada.)
on July 23, 2009
Email ThisBlogThis!Share to TwitterShare to FacebookShare to Pinterest
Labels: RCN History

Just frikkin' awesome. They shoudl have kept it, and kept the carrier to fly it off of.