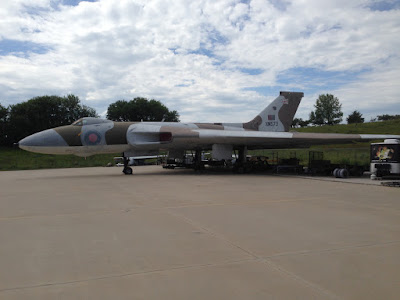 While in Omaha for the IPMS Nationals, I got the chance to visit the Strategic Air Command & Aerospace Museum in Nebraska. The Museum has a neat collection of types in varying states of restoration, but it was through a back door out into the harsh sun that the aircraft I wanted to see resided....Avro Vulcan B.2 XM573. Originally built to carry the Avro Blue Steel nuclear missile, it was modified for conventional bombs in the mid 1960s. XM573 arrived in the U.S. for museum display in 1982. While relegated to the storage/parking yard, the Vulcan has spent some time under cover in recent years. It is hoped it will be in line for restoration in the near future. 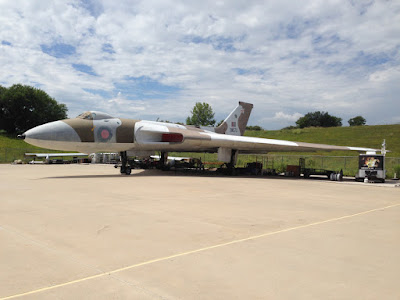 Note that the IFR probe is missing from the Vulcan's nose? It was removed by the RAF after delivery for operation use during the Falklands War.

The RAF attempted to be model friendly with their maintenance stenciling.  Notice that they tell us on the main landing gear door about the maker of the paint (Titanine), the type of paint (DTD 5580 which is a Polyurethane), the reflectivity (Matt) and when it was painted but never list the colour!  Ouch. (It is BS 627 Light Aircraft Grey, if you care.) 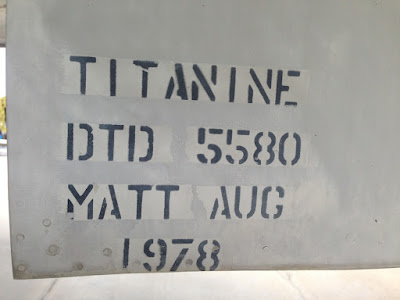 This part/section must have been painted at a later time as DTD 5580A was a replacement for DTD 5580. 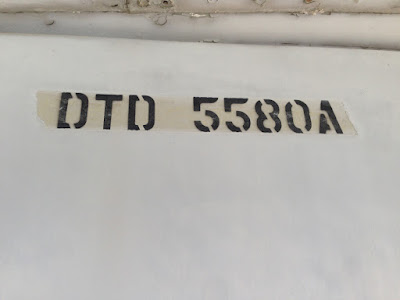 Modelers Note: The only choice for a 1/72 Avro Vulcan B.2 is the Airfix kit from 1983.  (It is not a terrible kit, but it lacks detail, has raised panel lines, and huge joint lines across the wings that take work to completely eradicate.) That is until Airfix unveils its new tool 1/72 Vulcan at Telford...
on August 16, 2017
Email ThisBlogThis!Share to TwitterShare to FacebookShare to Pinterest

From your keyboard to Airfix's ears.