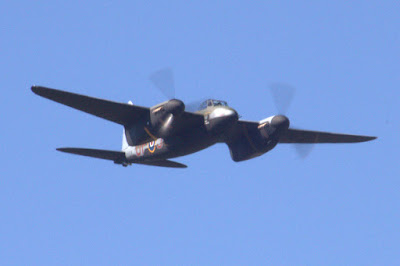 The first North American flight of Mosquito TV959 took place right around 10am on Friday June 23, 2017, at Paine Field near Seattle.  The Mossie went up again Saturday morning; both times with Steve Hinton at the controls. The first "public" display will be on July 22, 2017, during the Flying Heritage & Combat Armor Museum's Skyfair event. (Note: The pictures look better if you click on them.) 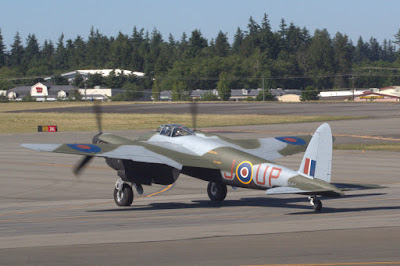 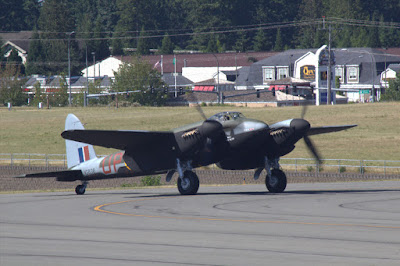 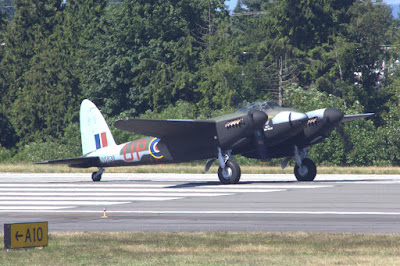 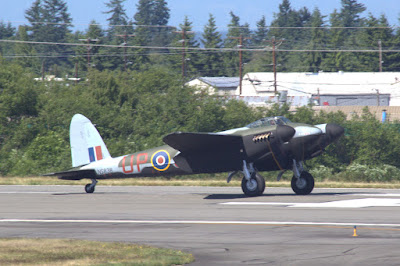 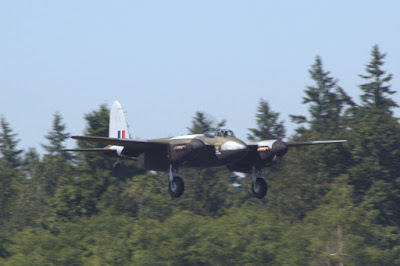 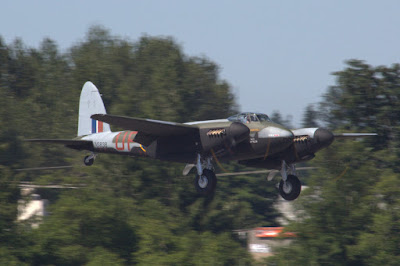 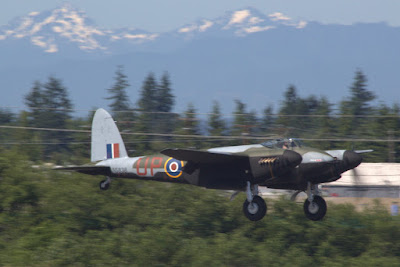 Modeler's Note: The FHC Mosquito is a T.III that has been restored as FB. VI NS838 of 605 Squadron flown by Alan Wagner. Decals for "Wag's War Wagon" are included on Eagle Edition's EagleCals #168 decal sheet which has been released in all three scales.
on June 25, 2017
Email ThisBlogThis!Share to TwitterShare to FacebookShare to Pinterest
Labels: Flying Heritage Collection, Mosquito