EA-6B Delivered to the Museum of Flight 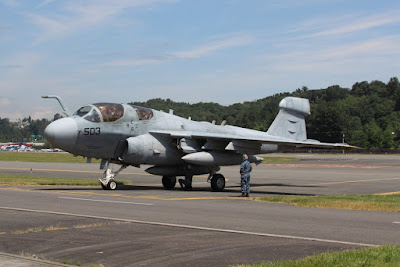 On May 27, 2015, Grumman EA-6B Prowler (BuNo. 161844) of VAQ-134 made its final flight.  The Prowler was being donated to the Museum of Flight at Boeing Field and made the short hop from NAS Whidbey Island.  This is the penultimate EA-6B flight with the U.S. Navy before the type is retired from service.  The final Prowler flight will take place on June 27, 2015, when a specially painted EA-6 will leave NAS Whidbey Island bound for NAS Point Mugu, California to join the base museum.  BuNo. 161844 was demilled in the days following its arrival and is now on display at the Museum of Flight, parked along with the Concorde and a Boeing Dreamliner in the Air Park. 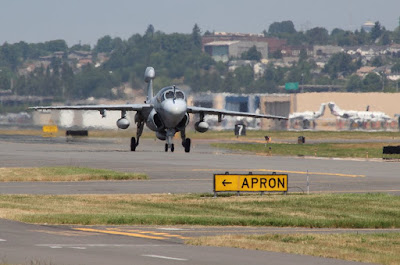 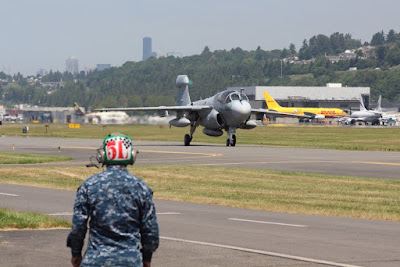 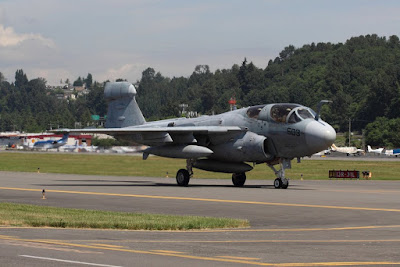 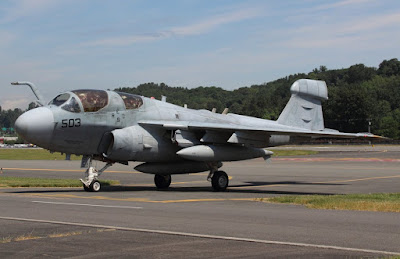 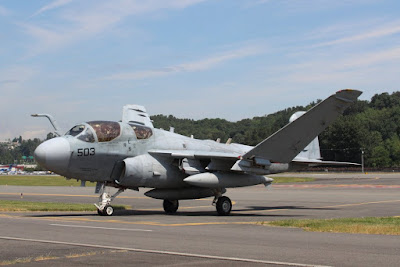 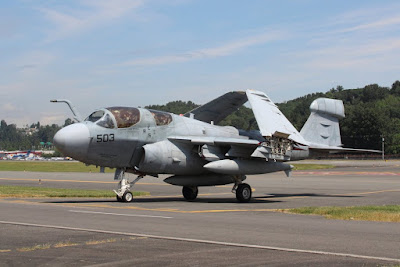 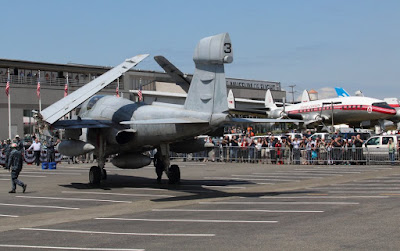 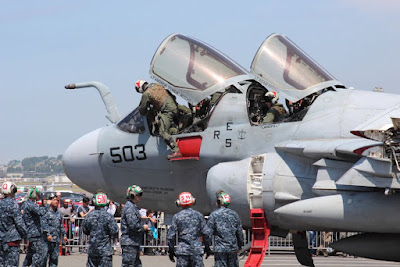 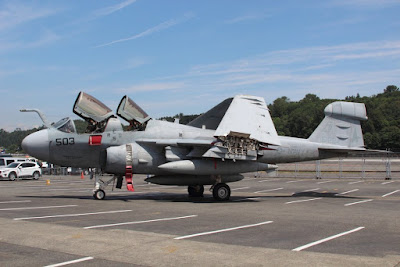 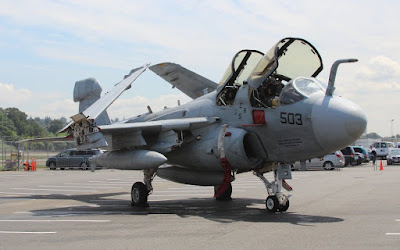 Modeler's Note: It is a little surprising that, for an aircraft which served in the U.S. Navy for over 45 years and was flown extensively in combat, only two Prowler kits have been issued in 1/72.  The better of the two is the Hasegawa kit, which, while an older kit, still holds up.  The Matchbox kit has substantially less detail, but it does have folding wings.
on June 02, 2015
Email ThisBlogThis!Share to TwitterShare to FacebookShare to Pinterest
Labels: Museum of Flight, Prowler