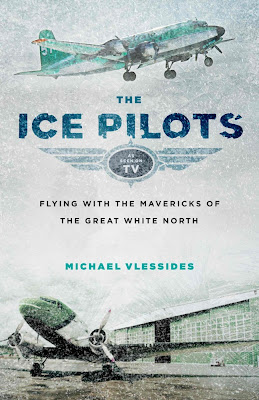 I'll admit it, watching Ice Pilots NWT is a guilty pleasure of mine and this book is an equally guilty supplement.  Less a history of Buffalo Airways, it is more of a combination of company stories, tales of other northern bush pilots, the author's experiences at Buffalo Airways, and, oddly, his own experience with the North.  The book is easy to digest and fun, but made me wish for more depth.  While the author's experiences at Buffalo seem germane to the title; especially his interactions with Joe McBryan, his history with the North really doesn't matter to anyone but himself.  Additionally, his little history vigenetes of other bush pilots come off as oddly placed as some have no context to the story at all.  But the book does provide good insight into the behind the scenes (or is it screen) operations at Buffalo and there are some interesting interviews with Mikey McBryan that show more depth than viewers of the TV show might expect.
on September 08, 2012
Email ThisBlogThis!Share to TwitterShare to FacebookShare to Pinterest
Labels: Book Review

Have you looked at this book about Buffalo?