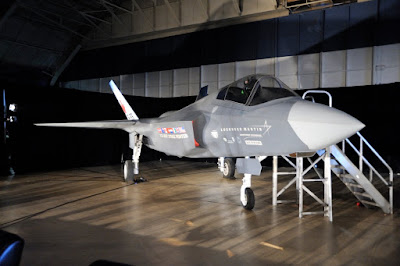 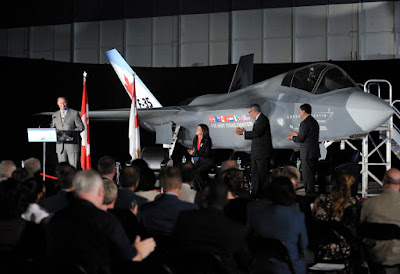 It was announced today in Ottawa that Canadian Government had selected the Lockheed Martin F-35 Lighting II to be Canada's next jet fighter. (Some nice background PR fluff is here.) What is interesting about the selection is that it has been a sole source contract and there was no competition with other types. As expected this has already created political controversy with the Liberal minority, who promise to cancel the contract if elected. EH-101 anyone? I'll admit I'm a little disappointed in the selection of the F-35, as I was hoping for either the Typhoon Eurofighter or the Super Hornets. But being I'm no fighter pilot, so what do I know? Well I do know the name Lightning II is kinda dumb. Have all possible fighter names been used up? Do we need to resort to sequels both in movies and aviation? I just hope the aviation sequels aren't as bad as most movie sequels. (Photo courtesy of the Canada Department of National Defence.)

Modeler's Note: I think the only current F-35 option in 1/72 is the Italeri kit of the STOVL X-35 prototype. Hasegawa has announced the release of a 1/72 F-35 either later this year or in 2011.
on July 16, 2010
Email ThisBlogThis!Share to TwitterShare to FacebookShare to Pinterest
Labels: Canadian Armed Forces