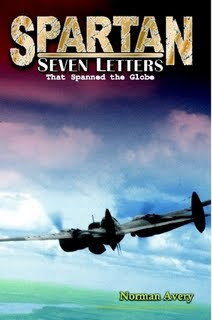 Spartan Air Service Limited and their used of the P-38 and Mosquito on photo survey work in both Canada and abroad has always fascinated me, so when I heard about this book on Spartan by Norman Avery I ordered it right away. What we have is a 170 page self published book on Spartan. Not really a history, it is more a collection of short stories covering the history of this unique post war company. As with most self published books, it could really use an editor to tighten it up. References to P38s are annoying, and in that last two chapters the story of the Airborne Sensing Unit of the CAF operating CF-100s and C-47s is repeated twice. While all the stories are very interesting, at times there appears to be little though as to which order they appear in.

That being said, the stories are a time capsule of post war aviation operations when the mantra was make it work. (Long before safety first was even a thought.) Weldy Phipps's testing of his nose modifications to that P-38 is eye opening, as are some of the field repairs and operations. I did not know that Spartan was one of the largest users of helicopters in Canada, and in an era when the machines were in their infancy it often appears they were used to the limit, if not beyond, of their capabilities. But in the end, the book is a tribute to the men of Spartan, including Phipps, John Roberts, and Don McLarty. Roberts was the co-founder and idea man behind Spartan, Phipps was the pilot and mechanical genius, and McLarty had the tough job of fixing ruffled feathers when Spartan expanded to South America. (Some of the travails in South American are highlights of the book.) Personally I would have like to have seen more photos of the P-38s and Mosquitos and a few of the photographs are really poorly printed, but these are minor quibbles. Overall it was an interesting and quick read.
on April 25, 2010
Email ThisBlogThis!Share to TwitterShare to FacebookShare to Pinterest
Labels: Book Review