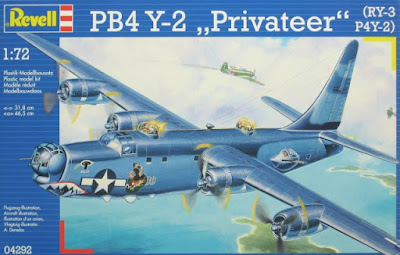 Even with the decal confusion it is nice to see the Matchbox RY-3/Privateer back in production, as the kit was commanding really high prices on the secondary market. If you really want to go whole hog and get the best out of the kit, Cobra Company has a very nice resin set available at a price.
on September 03, 2009
Email ThisBlogThis!Share to TwitterShare to FacebookShare to Pinterest
Labels: Modeling