Here is a photo of a Ferry Command Liberator taken at Gander, Newfoundland, on August 19, 1941, acting as a sort of Canadian "Air Force One." The photo caption states the Liberator is carrying Prime Minister Mackenzie King to England. I assume this is one of the Liberator LB-30As in the AM258 to AM263 serial range. Anyone know which aircraft it actually is? (Photo courtesy of the Canada Department of National Defence/Library and Archives of Canada.) 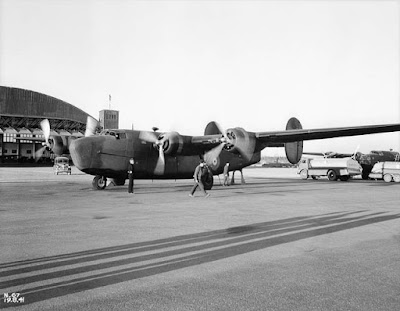 on August 06, 2009
Email ThisBlogThis!Share to TwitterShare to FacebookShare to Pinterest
Labels: RCAF History