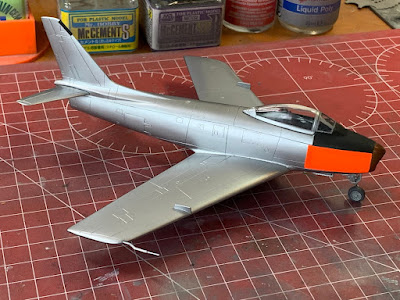 The Academy/Hobbycraft 1/72 Sabre 5 done as the sole Canadair Sabre 3 used by Jackie Cochran to set a woman's speed record in 1953. Then her nemesis Jacqueline Auriol broke that record in both a Mystère and a Mirage and Jackie had to go trump her again in a TF-104. The model was built for a display at the Museum of Flight on women in aviation. 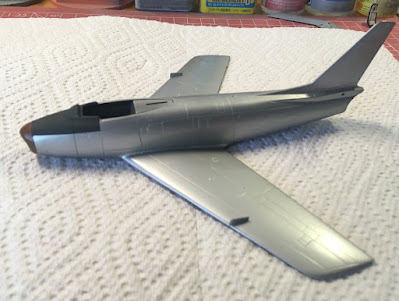 And when I say, Academy/Hobbycraft it really was a combo. The HC kit was later slightly updated by Academy and I used the Academy fuselage and HC wings. The finish was Tamiya LP-11...awesome stuff...and the dayglo was a cheat with decals. 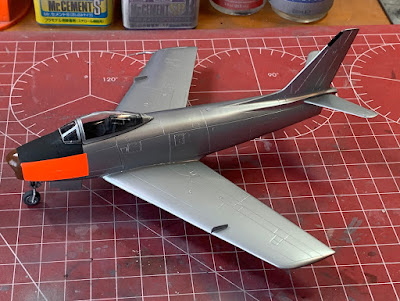 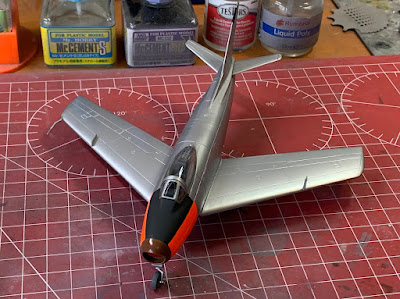 On display in the case with the Mirage used to represent Jacqueline Auriol's record breaker.  Note the tiny Jackie. 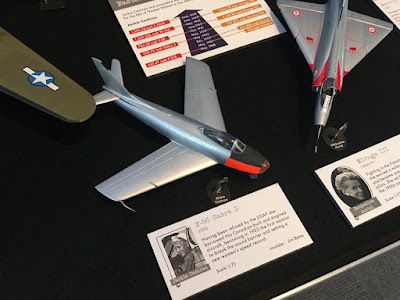