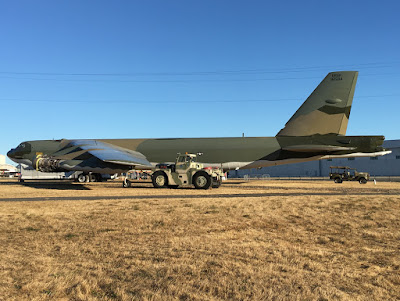 Boeing B-52G s/n 59-2584 "Midnight Express" has been a resident of Paine Field, Everett, Washington, for almost three decades since its retirement from SAC. Delivered to KPAE by the USAF in 1991, it appears it was originally planned as the centerpiece of a branch of the Museum of Flight that was mooted to be built. That never happened and the B-52 has been sitting on the field - occasionally moving locations - with many questioning how long the Stratofortress would survive in one piece. Thankfully, the Museum has unveiled their Project Welcome Home which would see the B-52 moved to Seattle and displayed as part of the outdoor Vietnam Veterans Air War Commemorative Park near the Duwamish River. 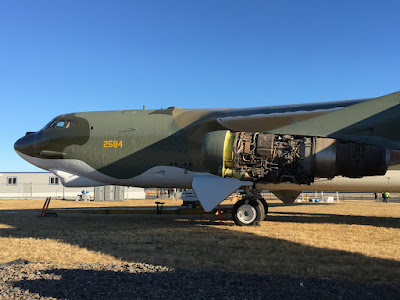 Recently, the B-52 was moved to Kilo 6 and repainted in the SIOP scheme it wore when flying as part of Operation Linebacker II over Vietnam. Now the hard part begins...moving the airplane to Seattle. 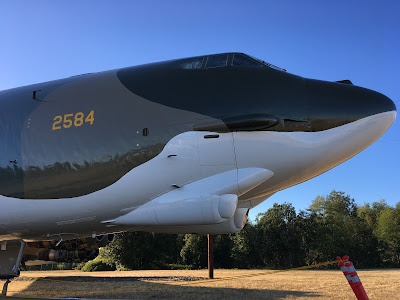 Modelers Note: You want to build a B-52 in 1/72? Ok, crazy person. Your choices are the Monogram B-52D from the 70s or the newer AMT kits of the B-52H and B-52G; now boxed by Italeri. I've not seen any of these kits...even though I lusted after the Monogram kit as a child...but I hear the AMT/Italeri kits need some work. Modelcollect has announced a new tool B-52H, but no plastic has been displayed.
on September 27, 2017
Email ThisBlogThis!Share to TwitterShare to FacebookShare to Pinterest
Labels: Museum of Flight