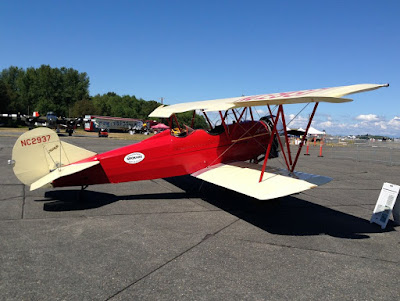 On Father's Day weekend 2015, the Historic Flight Foundation held its annual Biplane Weekend. One of the highlights was the Foundation's new Travel Air 2000 NC2937.

Ex-RCAF Mitchell Mk. II KL161/N88972 was back in town after a winter repaint. The B-25D still wears the markings of Mitchell Mk. II FL176/VO-B of 98 Squadron Royal Air Force, but the new paint looks much better. The original Grumpy flew a record setting 125 Ops before being retired from action in August 1944. 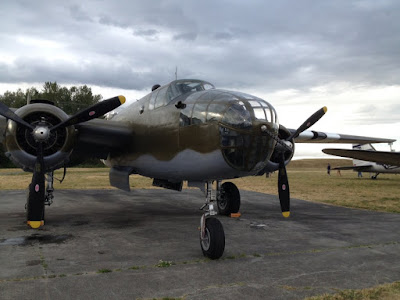 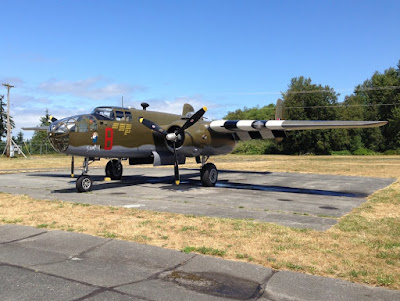 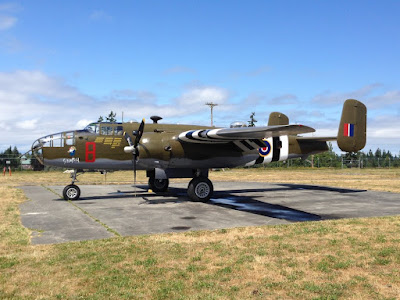 The Museum's Texan N512SE sitting on the grass.  Notice the B-52 in the background. 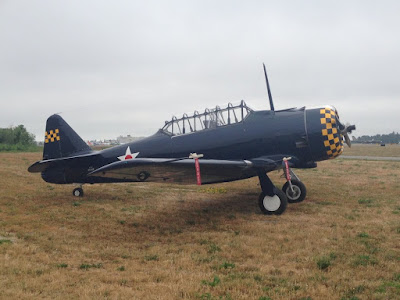 Who let the Cats out? 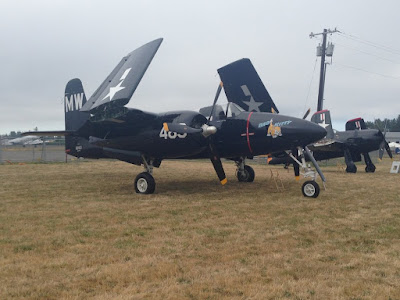 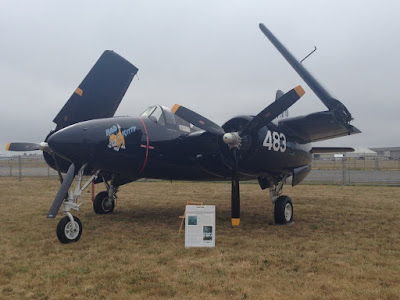 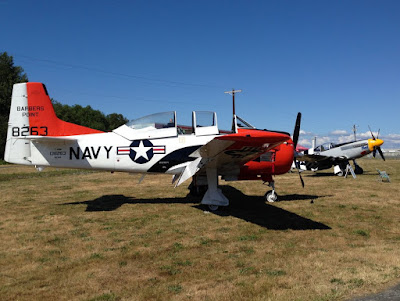 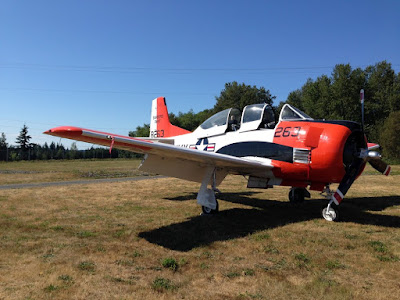 Also in attendance was the Commemorative Air Force's Rise Above traveling exhibit.  It is not unique to see a high back P-51 parked in front of the trailer, but usually it has a red tail. 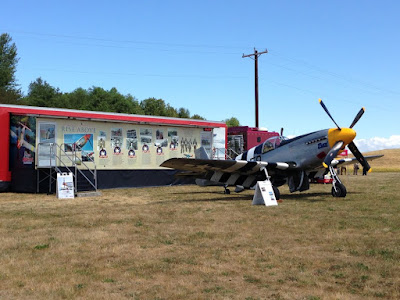 As a side note, these photos also show how variable the Seattle weather can be; they were all taken over the span of 48 hours.
on June 22, 2015
Email ThisBlogThis!Share to TwitterShare to FacebookShare to Pinterest
Labels: Airshow, HFF