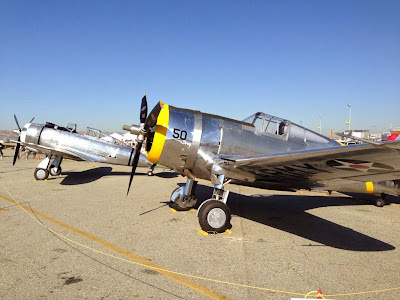 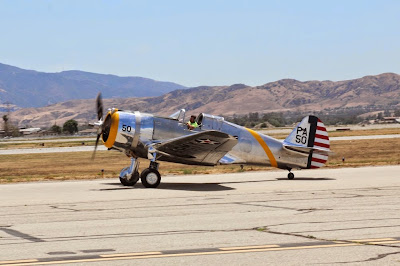 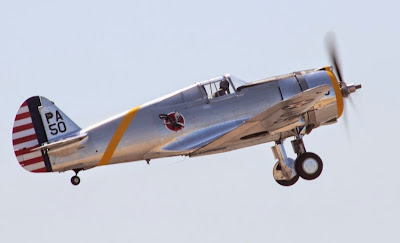 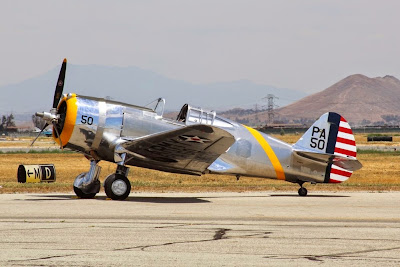 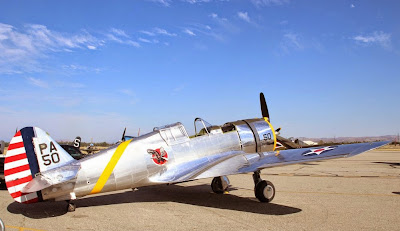 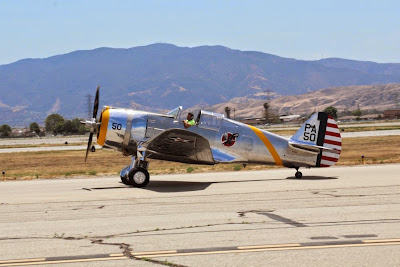 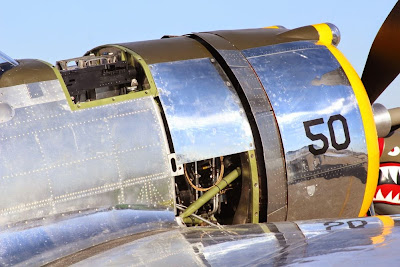 Modeler's Note: The best 1/72 kit of the P-36 was issued by Monogram sometime in the 1960s. Though lacking in detail, the kit is a little gem.  Detail can be improved by using the Starfighter resin cockpit and wheel well set.  (Starfighter also has two P-36 decals sheets available.) Revell had their own Hawk kit which has been sold as both a Hawk 75A and P-36, but also reboxed the Monogram kit at least once as a Hawk 75.  AML had a series of limited run Hawk 75s which look nice in the box but have a reputation for being difficult builds.  Heller issued a Hawk 75, now reboxed by Smer, but the Monogram kit is a substantially better choice for a 1/72 P-36.  Special Hobby had a series of P-36/Hawk 75s and Aoshima issued a P-36 back in the day, but I've not seen any of these kits in person.
on May 05, 2015
Email ThisBlogThis!Share to TwitterShare to FacebookShare to Pinterest
Labels: Airshow, P-36

That's excellent that there is a flyable P-36. It looks like a great restoration. That must have been a real treat to see. Jim, you've got me stoked to build one now. :-) Thanks for posting.