On Saturday September 21, 2013, I had the chance to attend the Oregon Historical Modelers Society Model Show at the Evergreen Aviation and Space Museum in McMinnville, Oregon.  Held in the Space Museum building, it was a nice event and probably about equal in size to an average Region 4 show.  (The official count was 423 models entered by 103 modelers.  The total number of models was up from 359 in 2012.) With a full scale P-51D, Corsair, SR-71, and various space items overlooking the model area, it was a fun venue for a show. There were a decent amount of vendors, with Rare Plane Detective being the most well known, and some great deals. The Evergreen campus is an interesting place: part air and space museum, part water park (with water-slides spiraling downward from the 747 on the roof), and part vineyard, it seems it has something for everyone...including the Spruce Goose!

Here are a few of the 1/72 aircraft on display: 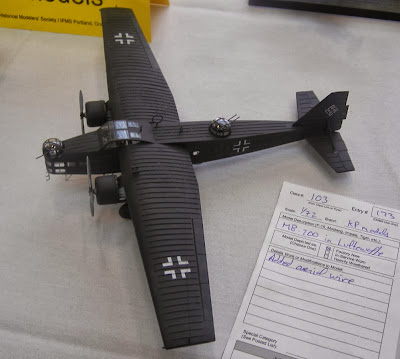 A KP MB-200 in Luftwaffe markings? 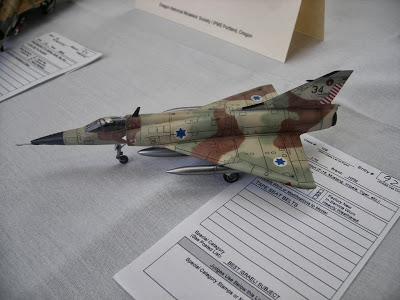 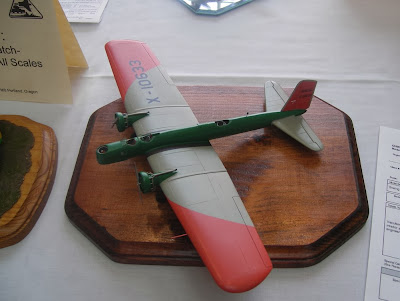 I assume this Boeing YP-9 was scratchbuilt. 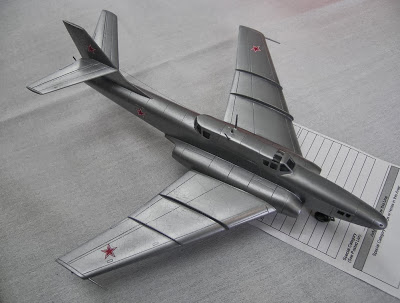 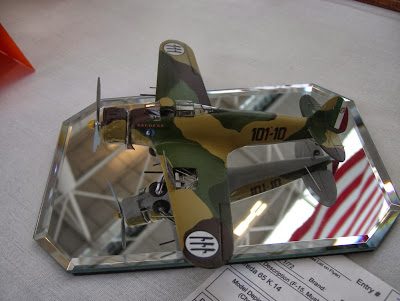 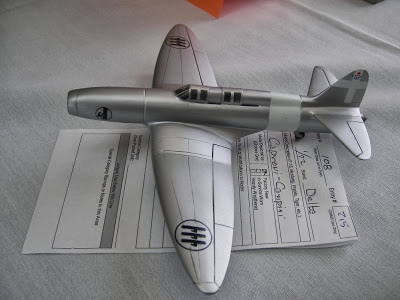 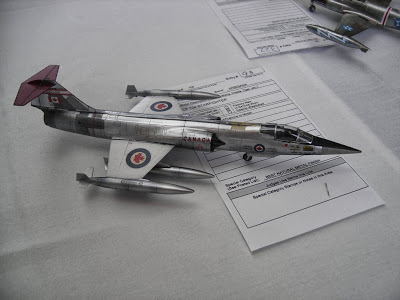 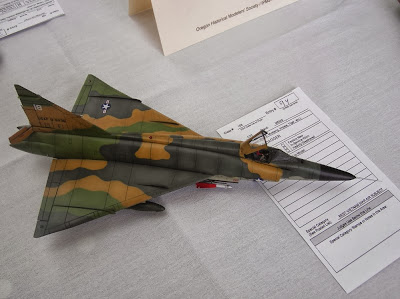 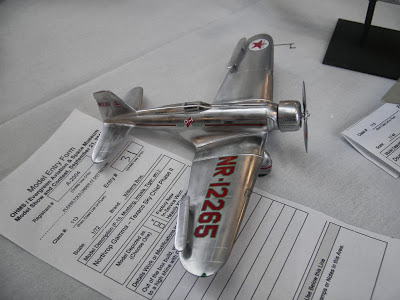 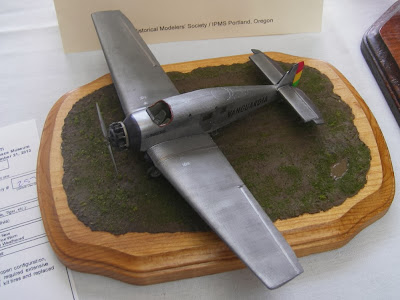 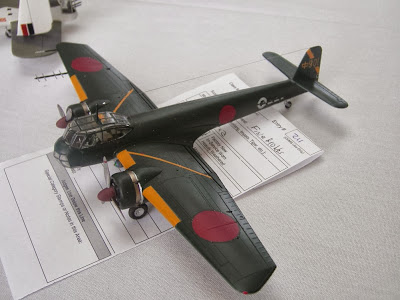 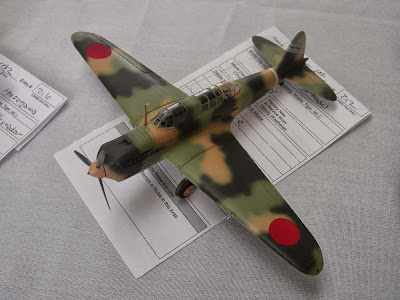 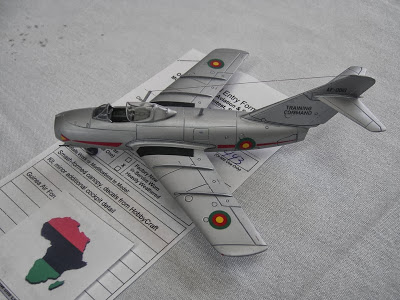 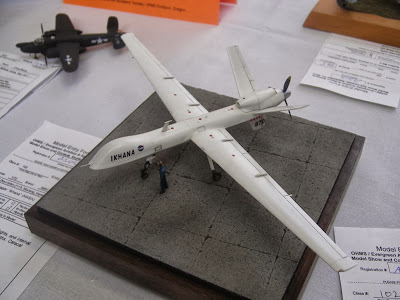 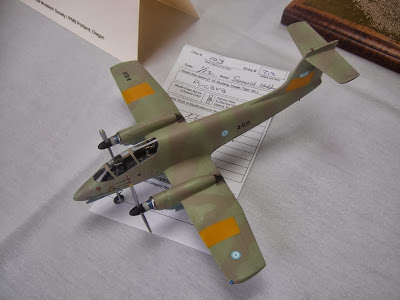 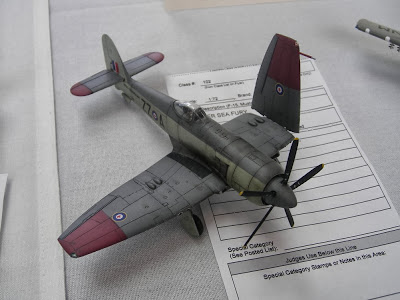 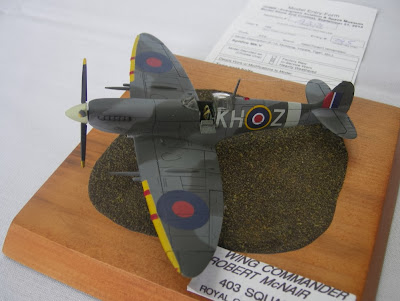 What is an AScale Canadian show report without a RCAF Spitfire? 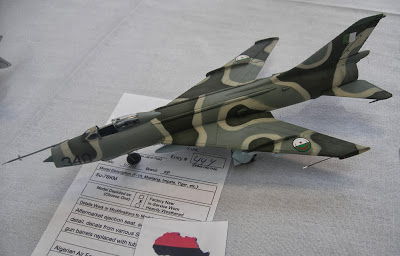 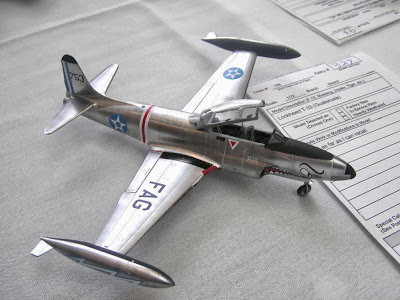 The Sword T-33 done up in Guatemala markings. 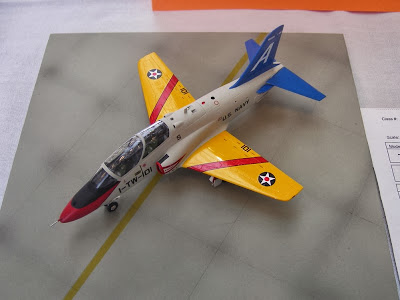 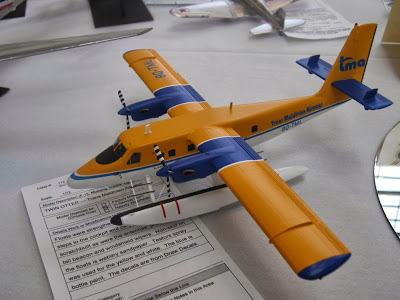 Not often you see a Trans Maldivian Airways Twin Otter at a model show. 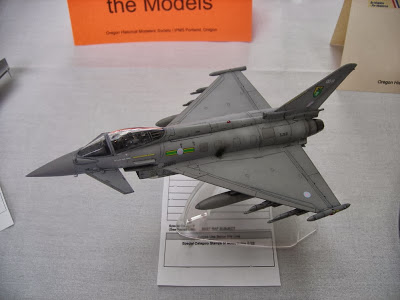 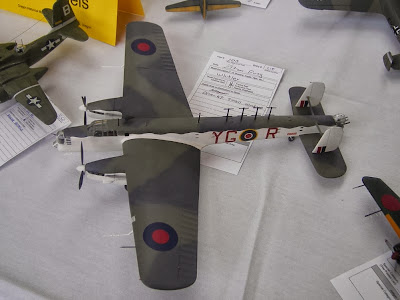 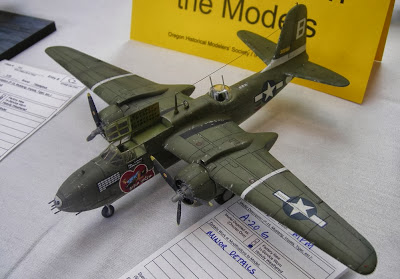 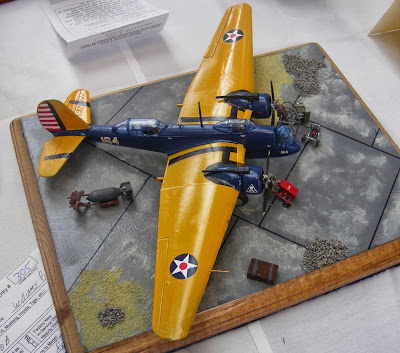 Even though it was 1/48, this was my favorite model at the show.  It was really well done and I loved the choice of subject and scheme. 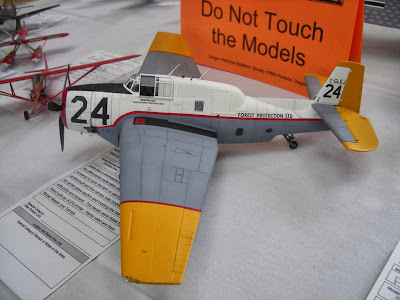 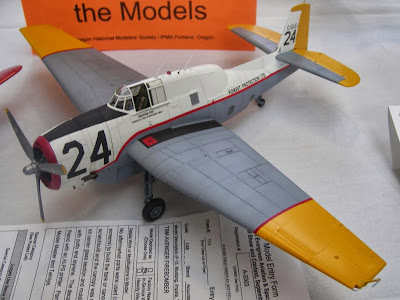 P.S.:  In what may come as a shock to many Region 4 show organizers, the model room stayed open during judging.  Oddly, the sky did not fall and the world did not end.  Wake up Region 4 clubs!  It is a model show; closing the model room during judging and keeping your attendees from looking at the models is ridiculous and needs to change immediately. I don't care what bogus arguments you make to justify having to close the room - there is no good reason for doing so and it’s nice to see the west coast clubs being a bit more creative in their thinking.
on September 22, 2013
Email ThisBlogThis!Share to TwitterShare to FacebookShare to Pinterest
Labels: Model Show

Nice to see such a variety of unusual subjects, looks like it was a good show. Do you know the builder of the 1/48 Avenger?

Love the Boeing, lots else to like as well. I agree that the Avenger is very unique; I like modified Avengers and that is why I really want a Freightdog conversion for 1/72 Avengers for post-WWII planes (hope they make some more). For as many talented modelers as we have in NE OH, you see many more estoteric subjects in other parts of the country and world.

Will I wrong or is it real one machine with swastika?