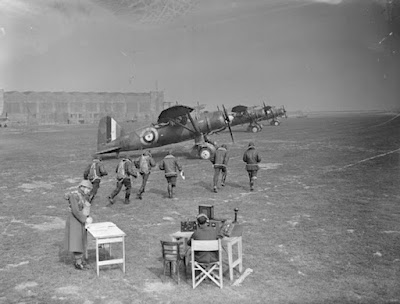 Modeler's Note: The Lysander Mk. III has not been well served in 1/72 with only the Frog kit being issued in this version. All other Lysanders, Pavla, Airfix, and Matchbox, were of the Mk. II. One option to get a nice Lysander Mk. III is combine the Aeroclub Mercury engine with the second generation Airfix kit.
Posted by AScaleCanadian at 8:53 AM
Labels: Lysander, RCAF History