On the Bench...Spitfire XIX Take Two

It has been brought to my attention that it is silly that Mr. Knights's blog has more updates on my modeling then my own blog. I think it is just sheer laziness, but I guess we can agree to disagree on that point. Anyway, by popular demand, over the next few days, I'll post all the action. 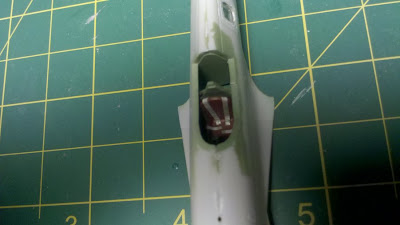 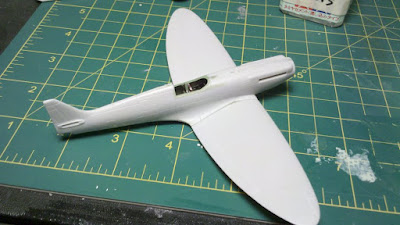 The wings were then added. I've seen some comments on the web from modeling luminaries that they built this kit without any filler. I'm not so lucky. I'll need some on the wing root and the rear fuselage to wing juncture, but nothing a little Mr. Dissolved Putty can't fix. Heck, at this rate I might even get some paint on it this weekend.
on July 21, 2011
Email ThisBlogThis!Share to TwitterShare to FacebookShare to Pinterest
Labels: Modeling, On the Bench, Spitfire