Last Saturday, as part of a trip to Seattle, I attended a model show at the Museum of Flight put on by the Northwest Scale Modelers who are based out of the Museum. The show is held in the Museum's Great Gallery and it is hard to imagine a better place for a model display, right under the real things.

Notice I used the word show and not contest? Yes that is correct, it was a display only show; a refreshing change from the contests I usually attend. There were many models on the tables, I didn't try to count them all, and the show theme of arranging the models by nationality made for an exciting display. As expected the U.S. tables were packed, with the U.K and German tables not far behind. I was happy to see the Canadian table was well populated and many most smaller countries were represented. Not being a contest and freed from the pressures of judging, there was both a larger number and variety of models, and some subjects you just don't see much very often.

One of the themes was the T-6/Harvard/SNJ with about a dozen of the North American products on display. While a miniature of Bud Granley's Golden Hawks SNJ was on the table, I was a little disappointed not to see a yellow RCAF Harvard represented. Guess I should have packed one in my luggage.

I had a great time at the event and hope to be able to attend again in future, and maybe even bring some models to display.

Sorry for the lesser then great picture quality, I used my phone camera as an experiment. Not a terrible failure, but next time I'll use the real camera.

Does it get much better then this? 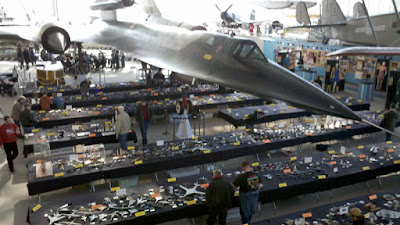 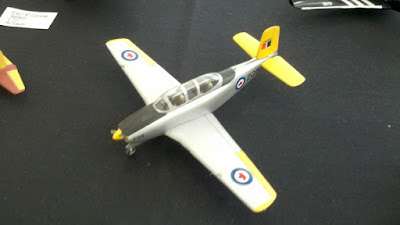 Must have taken a lot of work to get something this nice out of the A-Model kit. 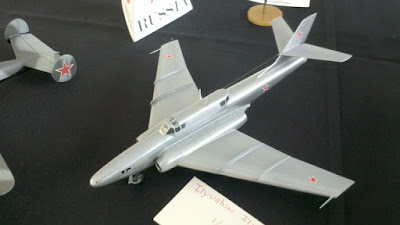 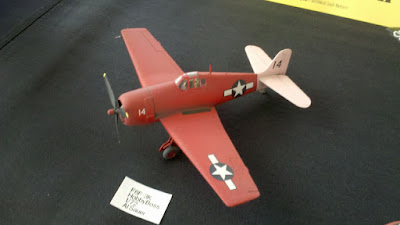 A very literal take on the Sea Hornet? 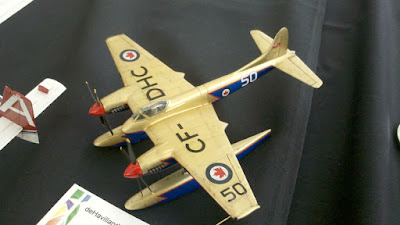 I though Jon would enjoy the Slovakia corner. 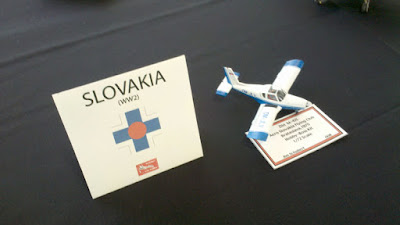 A nice slip wing Hurricane in 1/48 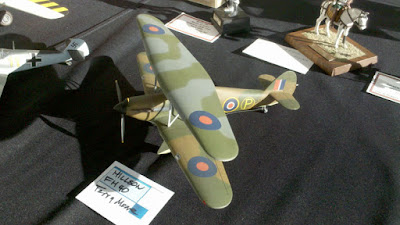 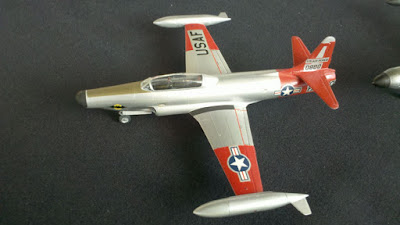 Black and White A-26 in French markings. 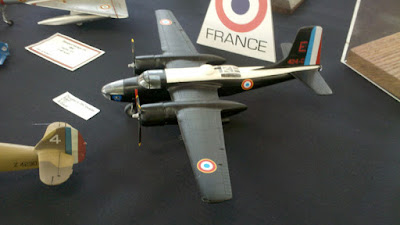 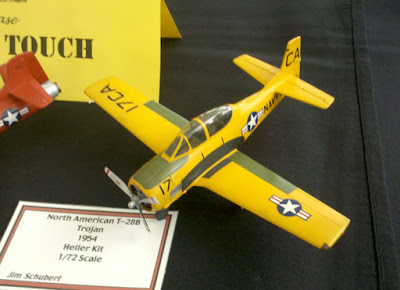 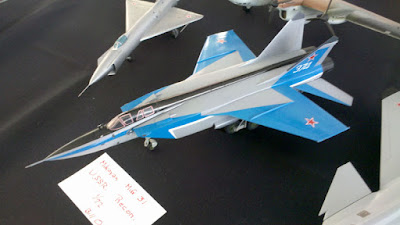 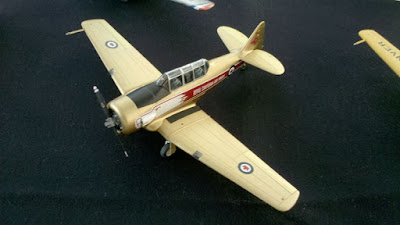 An neat model of a Caribou paper project surrounded by U.S. subjects. 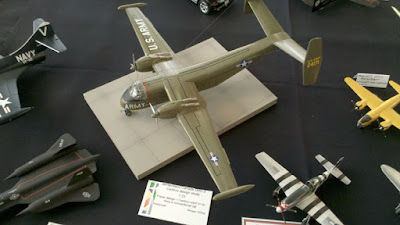 To be continued.
on February 27, 2011
Email ThisBlogThis!Share to TwitterShare to FacebookShare to Pinterest
Labels: Model Show

Nice photos.
The "Sea Hornet" or Hornet on floats was an entry in the Seattle IPMS Schneider Cup '49 contest from 2005.

Thanks for exposing to millions my interest in the Lockheed Starfighter....Rick Green

Very nice -- It looks like it was quite a show.

I'm always intrigued by the things that people come up with in the "what if" category, and how well some of them are executed.