Are We There Yet?

Every wondered what the belly compartment of a Royal Canadian Navy Avenger AS.3 looked like? (Photo courtesy of the Canada Department of National Defence/Library and Archives of Canada.) 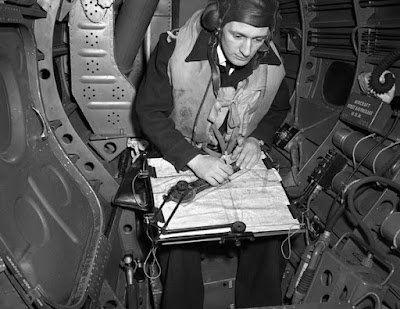 Posted by AScaleCanadian at 4:29 AM 1 comment:
Labels: Avenger, RCN History

Here is a rather neat video of the Canadian manned escort carrier HMS Nabob, including some colour Wildcat and Avenger footage.

Posted by AScaleCanadian at 2:56 AM 1 comment:
Labels: RCN History

No not the so called meat... I recently noticed that many of the comments in posts, especially older posts have been nothing but spam. Sorry dear readers. I have deleted all spam that I could find...and sadly a few real comments I think...and have changed the settings on the blog to require that I approve all comments. (If anyone runs across a spam comment in any post, please let me know.) Don't worry real commentators, you will be approved even if you are ragging on my lack of completion of kits or my love of hockey. In fact I will even approve Mark's questions about where is the finished Hunter. Though I reserve the right to delete David's endless comments to "Finish the Spitfire!"
Posted by AScaleCanadian at 6:41 AM 2 comments:

In 2008 the RAF painted up one of their Hawk trainers in pseudo 19 Squadron Spitfire markings of Dark Green and Dark Earth over silver with 1930s style roundels. It sure looked slick. With 2010 being the 70th Anniversary of the Battle of Britain the RAF is revisiting the idea and are again going with throwback scheme, but this time on the Tucano. See the article at Global Aviation Resource for some drawings of the proposed schemes. Neat, eh. I've had an Airfix Tucano, with the Aeroclub add-ons of course, set aside for a few years but as is usual with older Airfix kits the decals were useless. I knew there were a few RAF schemes scattered here and there on decal sheets, but nothing really caught my eye. However, this scheme will push it to the top of the pile when someone gets around to doing decals...come on Xtradecal... I just wonder if the RAF will use Sky, Egg Duck Blue, or Sky Blue for the underside?
Posted by AScaleCanadian at 4:12 AM No comments:

Yes you read that right. The poor dying local hobby shop now has to contend with terrorists! See here. What worries me is that since I don't demonstrate any interest or enthusiasm in the hobby right now, I might be a terrorist.