Talk to me, Goose (about some History)

My cousin Emily Lindahl recently joined the Royal Canadian Air Force Public Affairs team and got the opportunity to do an article article on Captain Chris ‘LIME’ Swartz. LIME recently graduated from the United States Navy Fighter Weapons School better known as Top Gun. I'm not sure if he just the most recent Canadian grad or the first RCAF graduate, but Capt. Swartz went through the program flying the F/A-18E Super Hornet.  One of the photos used to illustrate the article is reproduced below (Photo courtesy the RCAF): 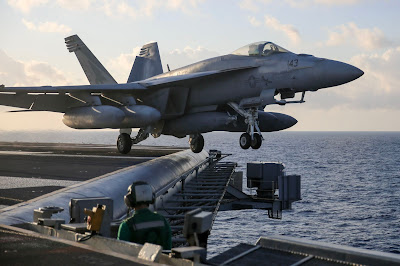 This photo is captioned as LIME flying off the USS Abraham Lincoln. It appears he got to fly the CO of VFA-143's aircraft. The first thing I noted was the refueling store under the fuselage, but really what drew my attention was the name "Barbara III" on the nose. I've not seen much nose art on USN aircraft so I was surprised how the CO got authority to put it on the plane.

Then the other shoe dropped...oh wow, isn't their a famous US Navy aircraft with that name? How could I miss that the nose art is a tribute to an Avenger flown by a rather famous USN pilot during the Second World War? Of course Barbara III was a Grumman TBF Avenger of VT-61 flown by then Lt. (JG) George H. W. Bush; later the 41st President of the U.S. It made me smile to see the USN remembering some of their history. (Photo courtesy of the US National Archives.) 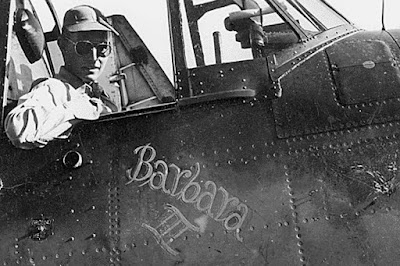 I've got a Revell 1/48 Top Gun Super Hornet in stock, but maybe I need to get my hands on the Academy 1/72 Super to build this airplane both as a tribute to LIME and Bush's Avenger.

on December 26, 2020
Email ThisBlogThis!Share to TwitterShare to FacebookShare to Pinterest
Labels: RCAF, Tidbits of Aviation Esoterica