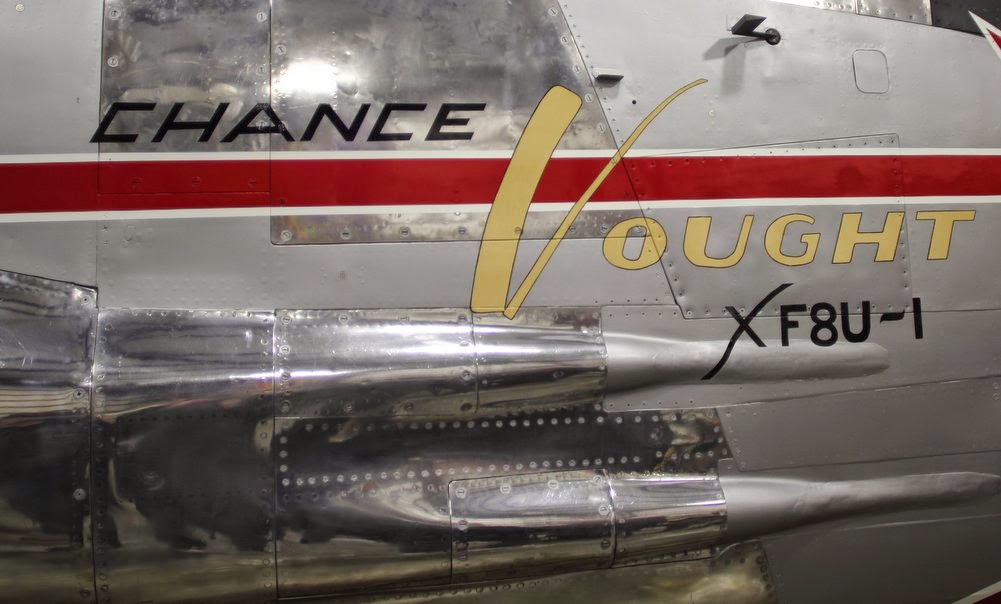 Today I had the pleasure of attending the Vought XF8U-1 Crusader (Bu.No.138899) unveiling at the Museum of Flight restoration center. Sixty years to the day that the prototype XF8U took to the air for the first time with John Konrad at the controls, the Museum took the wraps off the same aircraft which had been under restoration for decades. The Crusader exceeded Mach 1 on its maiden flight and it still looks speedy to this day. Originally, the Museum had requested the loan of the Sageburner F-4A Phantom II, but instead the XF8U was offered. The Crusader was on display at the Museum for a short while and then sat in storage until restoration work commenced in 1996. 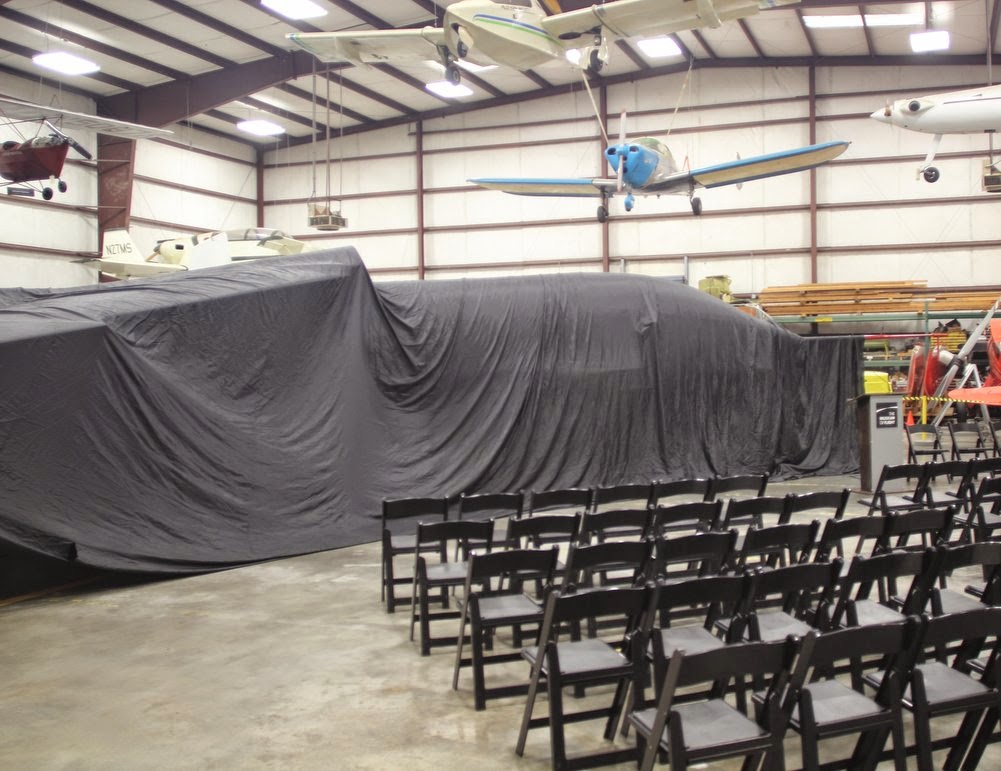 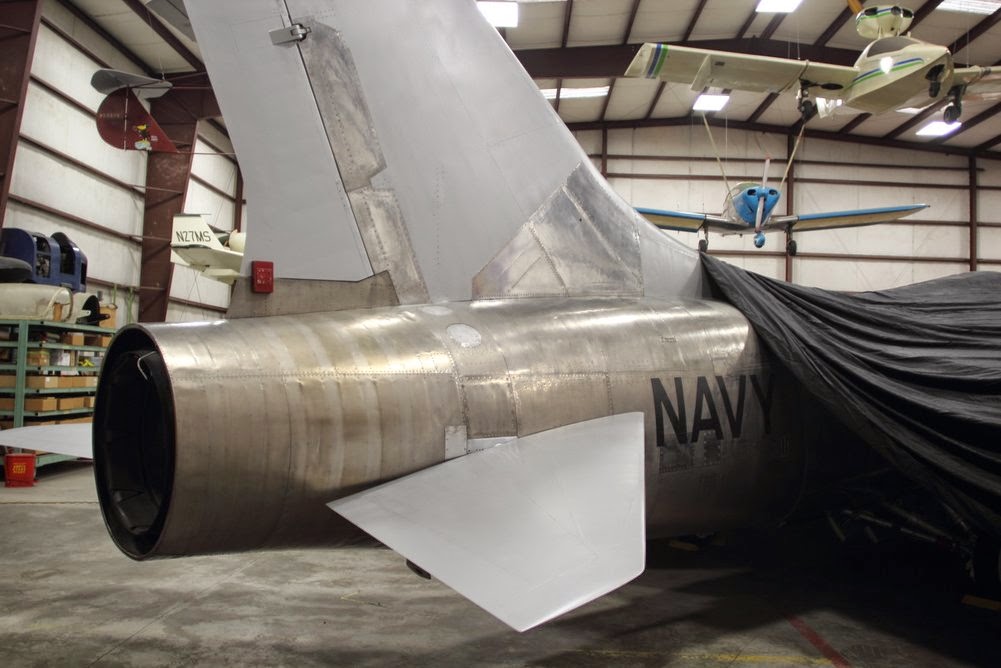 The covers come off... 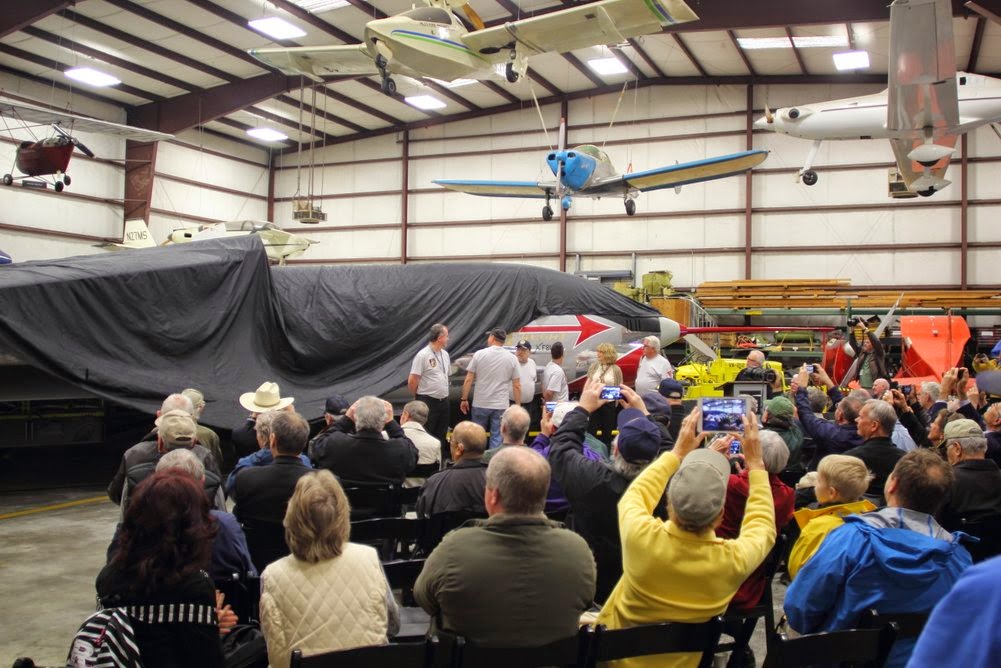 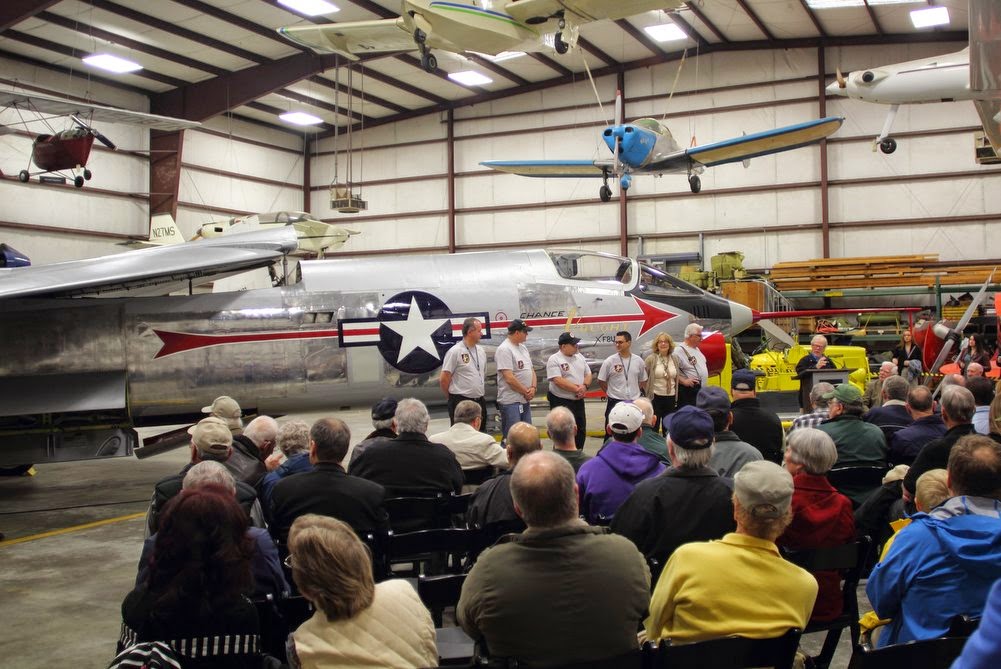 F-8 pilots, the restoration crew, and one of the aircraft's designers. 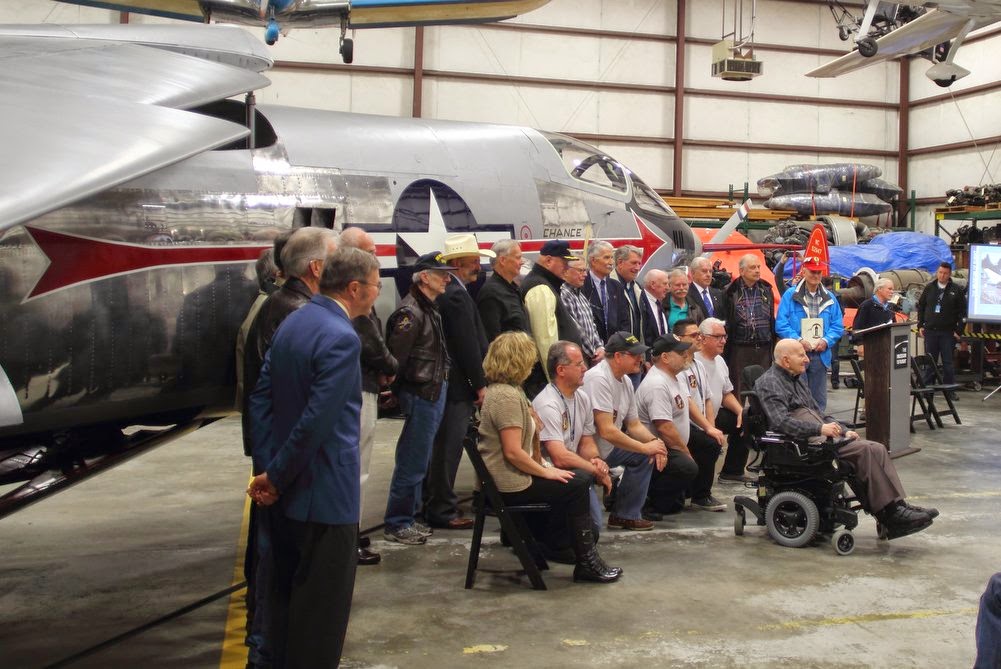 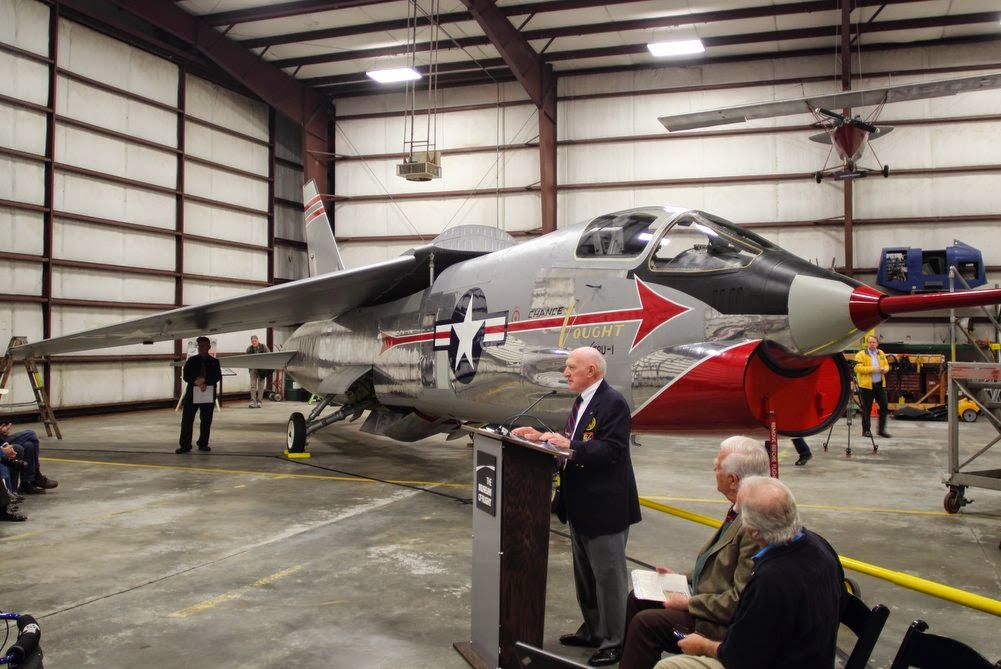 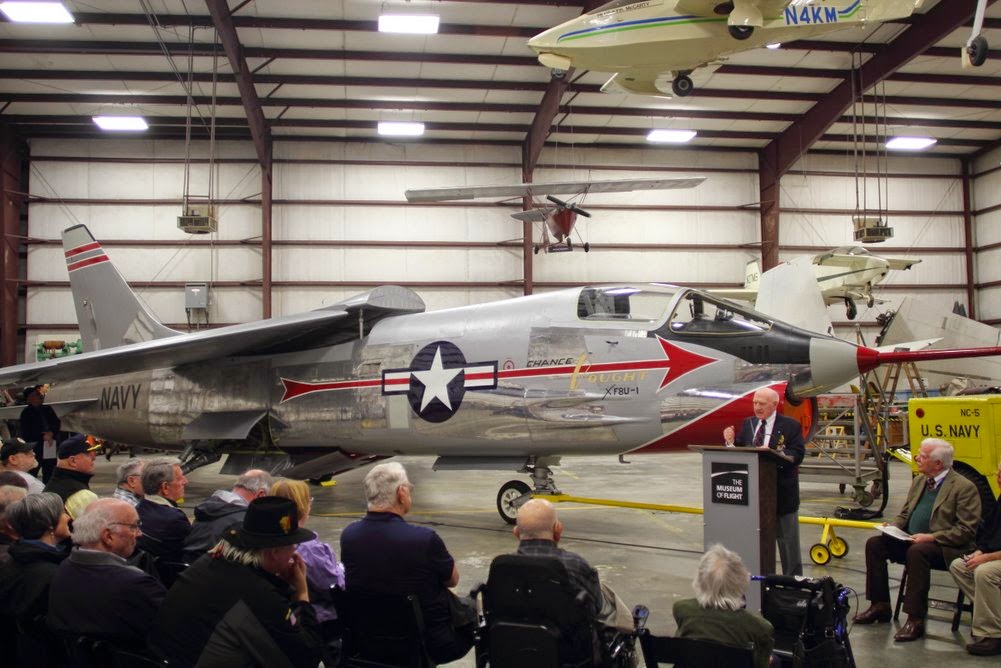 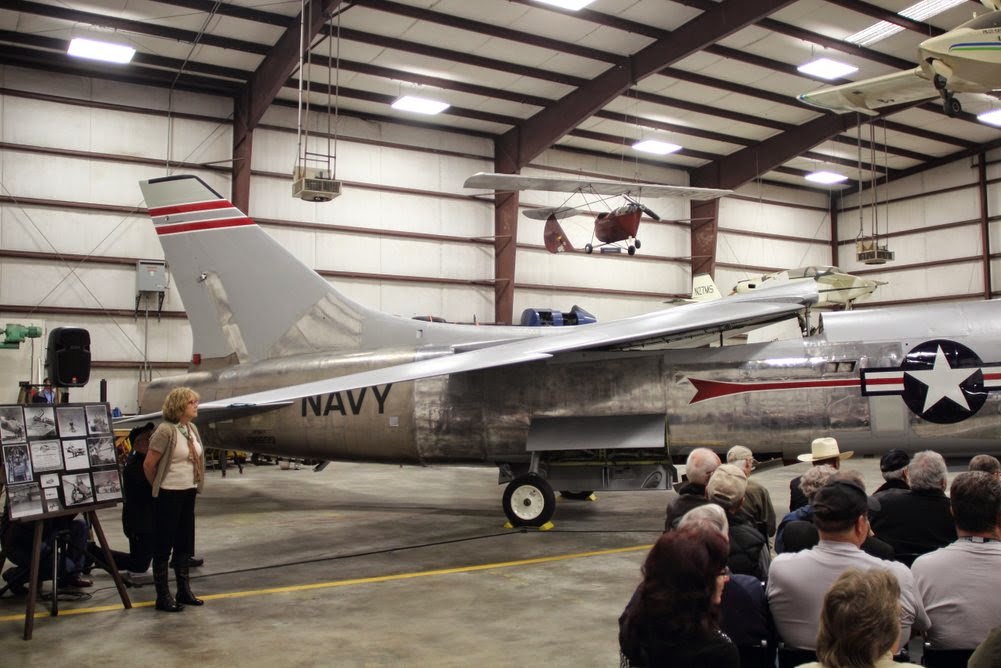 on March 25, 2015
Email ThisBlogThis!Share to TwitterShare to FacebookShare to Pinterest
Labels: Crusader, Museum of Flight

I worked on these f8s during the Vietnam war in Navy fighter squadron VF-194. They were the best fighter aircraft in the world during their time.