Empire of the Clouds 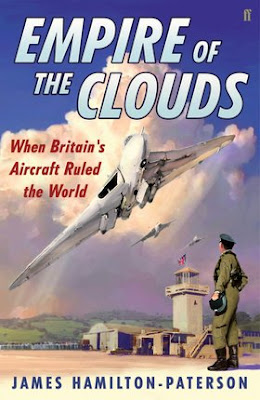 This rather interesting book is a combination memoir, biography of Canadian test pilot Bill Waterton, and indictment of the British aviation industry. Hamilton-Paterson tells the story of a bloated industry that started out with such promise, but was able to squander that promise through inefficiency, political meddling, and just plain ignorance. (It is shocking to read just how many prototypes were scrapped just before flight testing was to begin.) Oddly, it seems the engineers were successful in-spite of themselves and the RAF never insisted that they had a functioning product before taking an aircraft on strength. (For example early Hunters that couldn't actually fire their guns.) The sections on Bill Waterton are quite eye opening in that his employer Gloster seemed to not value any of his input as Chief Test pilot. Cockpit ergonomics, heck at times pilot safety, didn't appear to be of much interest to the industry. (Let alone paying a living wage.) There area few hilarious stories, such as the Valiant being built on a field without a runway that the Valiant could be operated from, the the need to end flight testing in order to not miss lunch. It appears that many British lament the failures of their aviation industry, and often blame the politicians, but it appears that they were only part of the problem, and there was much blame to go around and much of it may be placed on the aviation companies themselves. A fascinating and enjoyable, but very British read.
on March 10, 2012
Email ThisBlogThis!Share to TwitterShare to FacebookShare to Pinterest
Labels: Book Review