Not a lot accomplished this week due to professional and family demands, but I have been able to accomplish a little bit on each of several nights. The epoxy putty was added around the nose extension, with masking tape at the panel line to restrict where excess putty ended up. 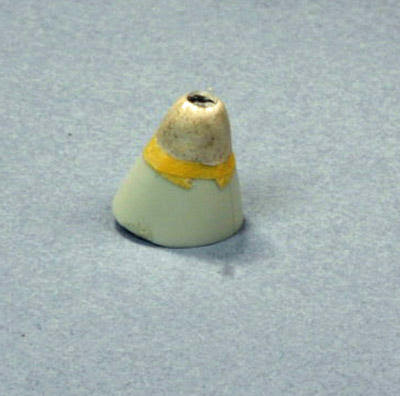 After sanding roughly to shape, the camera ports were located based on published drawings, then drawn on with a fine pencil and a Verlinden scribing template, drilled out with an appropriate size bit, and shaped to size with small files. These will be filled with white (PVA) glue after painting. 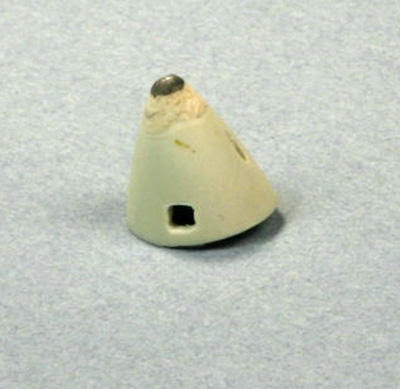 The Quickboost resin Mk. 9 style jetpipe and parabrake housing pieces were primed with Tamiya spray and attached. The aft fuselage interior required a swipe of two of a file around the inner lip to allow the resin to slide in, but otherwise the fit was nearly flawless. Most of the primer was sanded away as I dressed the seam. 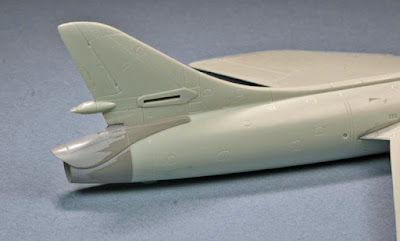 After smearing the inside ofthe nose cone with black paint, I cut a 1/8 oz lead fishing weight into several pieces and hammered it into shapes to fit in the nose cone and above the landing gear bay. There is another full weight just behind the cockpit tub. The photo also shows the Mr. Surfacer I used on the wing-to-fuselage joints and especially the dogtooth and wingtip seams. 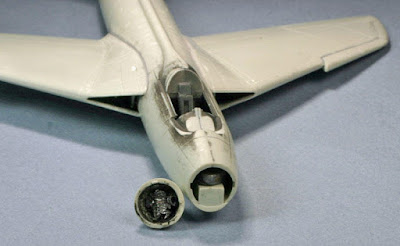 Subsequently I attached the nose to the fuselage and dressed the seam with Mr. Surfacer. The Sabrinas (shell casing collectors) and the airbrake went onto the underside. The Sabrinas are nicely engineered for a perfect fit. The airbrake required a couple of swipes with a sanding stick along the sides to lie flat to the fuselage.

Next steps: smooth the nose joint, adjust the flaps from Mk.6 to Mk.9 standards and close up the cockpit. If I'm both lucky and productive, I could have a primer coat on by the end of Sunday.

I have been mulling over the best way to manage my color scheme. Normally, I more-or-less use the undersurface color as an overall primer, then add to topside colors. However, in this case I am concerned that applying the underside silver first would lead to adherence problems when masking for the camo colors. I was so troubled by this that, in an almost unfathomable occurrence of turnabout-is-fair-play, I actually got two lectures assembled and a research paper re-submitted for work this weekend before I got up the nerve to tackle the problem.

I was also deciding how to manage the underwing fairing for the flap cut-outs, and got some very quick and useful help from the folks on the Britmodeller forums. In the end, I scribed the line for the cut-out in the flaps until the quarter-circle cut-out piece separated. After cleaning up the piece, I cemented it in place in the flap well, using the rest of the flap as a guide.

I masked off the cockpit, got a coffee stir stick wrapped with the right amount of tape to hold firm in the jet pipe, and shot the whole bird with Tamiya fine surface primer from a rattle can. Since the undersurface will represent a painted aluminum finish rather than natural metal, I felt that a well polished primer would be a better base than bare plastic.

Next steps: address flaws made evident by the primer, add underwing pylons, finish cockpit and add/mask canopy, and prep/mask for uppersurface gray.

The Halloween deadline is looming in a very scary way...
on October 20, 2009
Email ThisBlogThis!Share to TwitterShare to FacebookShare to Pinterest
Labels: Dr. David Build, Hunter