About a year ago Tony O'Toole had a great modeling article on Fleet Air Arm Helldivers in Model Aircraft Monthly. He mooted that it appeared that the FAA Helldivers had U.S. markings applied in Canada. As you can see from the following photos he was correct. These Helldivers are painted in the FAA Temperate Sea Scheme with Royal Navy titles, but carry U.S. insignia. It sure would make a different looking model, eh. (All photos courtesy of the Canada Department of National Defence/Library and Archives of Canada.)

P.S.: The Helldiver was one of the most unique wartime aviation projects in Canada. Built by both Fairchild Canada and Canadian Car and Foundry, it was the only major military aircraft type built in Canada that was not operated by the RCAF. 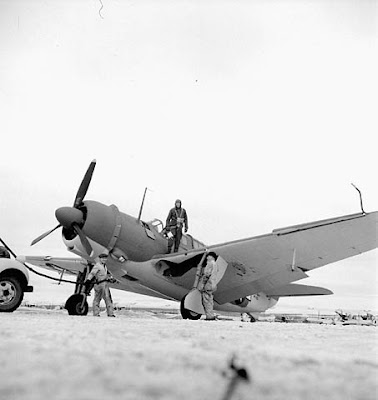 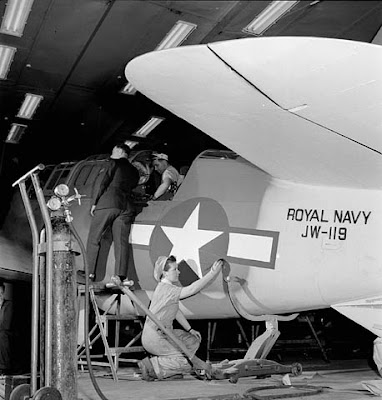 on May 01, 2009
Email ThisBlogThis!Share to TwitterShare to FacebookShare to Pinterest

I wonder why they did that. Neat photos.