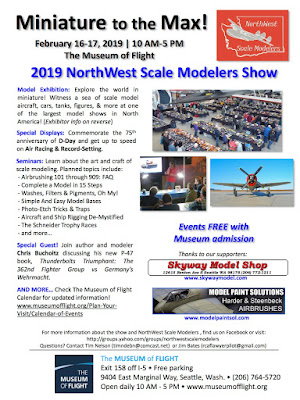 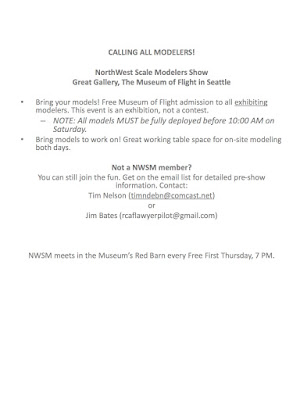 Posted by AScaleCanadian at 9:04 PM No comments:
Labels: Museum of Flight 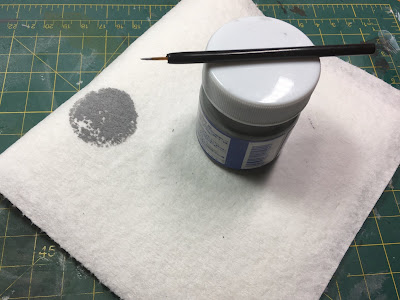 Tired of destroying brushes to apply Mr Surfacer? Want to avoid pulling out the smelly lacquer thinner.  Disposable eye liner brushes. 100 from Amazon for under $10. 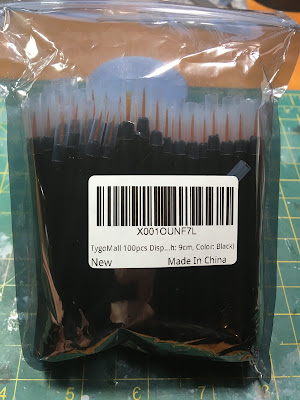 Posted by AScaleCanadian at 12:48 PM No comments:
Labels: Tips and Techniques

A Kill in the Morning 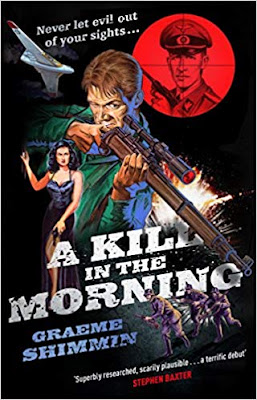 I don't get to write much about fiction on this blog, but as I have mentioned before I enjoy old English paperbacks. While "A Kill in the Morning" is a reasonably new book...it was published in the U.S. in 2015...it certainly has the tone, and graphic design, of older pulp faction novels.

I was hipped to "A Kill In the Morning" a couple of weeks ago on Twitter. It is set in the 1950s when Germany controls Europe and England tries to keep their Empire afloat. Part 007, part alt-history, it is big silly fun - with the expected femme fatales - and often based...or imagined...on true events and personalities. It includes cameos by Nazi flying saucers, Guy Gibson, the EE Canberra, Fairey Rotodynes, and a supersonic Vulcan development in both civil and bomber guises. I might quibble with a paradox or two at the end, but hey, saying any more would give it all away.
Posted by AScaleCanadian at 8:39 PM No comments:
Labels: Book Review
Newer Posts Older Posts Home
Subscribe to: Posts (Atom)