On October 12, 2013, I had the pleasure of attending the Cincinnati Scale Modelers Contest and Swap Meet, held once again at the Scarlet Oaks Vocational School and Girls’ Reformatory - oops, sorry, that last part may have been fantasy. Total entries were down a little from previous years. There were 260 models on the tables and, as always, the quality was good, though 1/48 outpaced 1/72 this year.

The vendor area was excellent. I held off on the new Starfighter decals F9F Panther sheet, but did succumb to the new Airfix Harrier GR.1.  Somehow I was able to withstand all of the John Vojtech's Czech kits. I spent more time at Cincinnati selling kits and chatting rather than taking photos and happily sold almost everything I brought. Money seemed to be changing hands at a brisk pace in the vendor area.

I always have big fun at this show - good vendors, good models, and lots of conversation with friends both old and new. 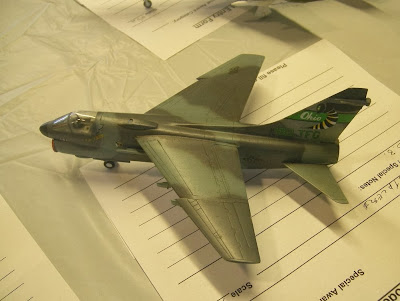 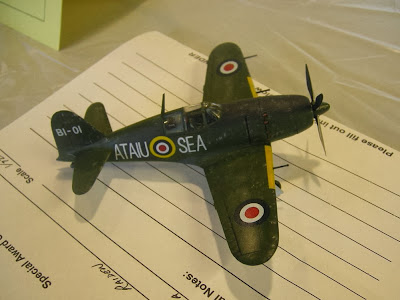 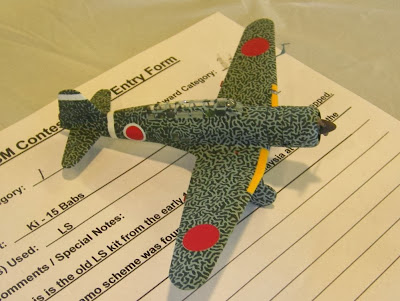 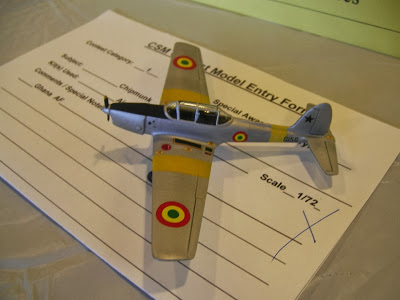 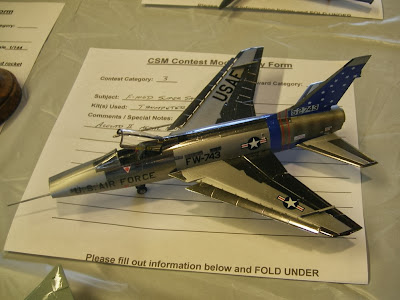 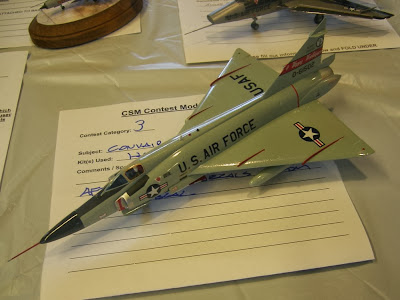 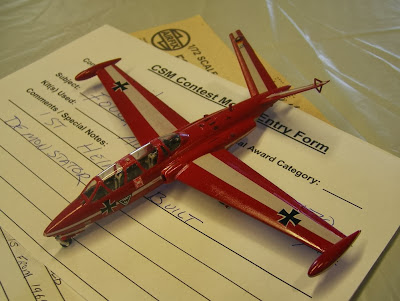 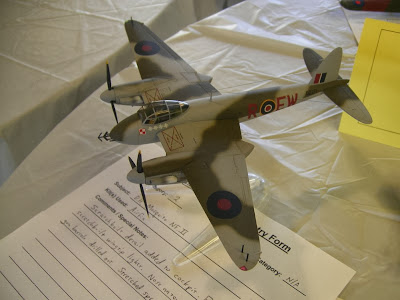 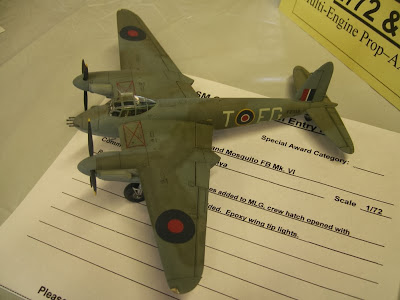 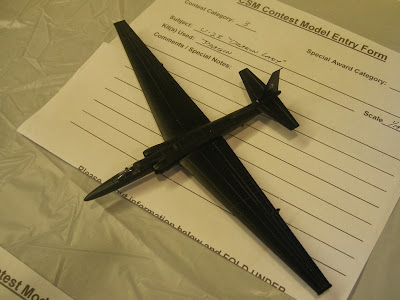 Posted by AScaleCanadian at 12:04 PM No comments:
Labels: Model Show

Sprue Cutters Union #14: The Sequel is Never as Good as the Original

This week's Sprue Cutters Union question is: What do you think is the worst part of the hobby?

You mean besides the fact we don't have a new tool 1/72 scale Fleet Fort and all kits aren't $1.00?  Well, as I have said before canopy masking sucks!
Posted by AScaleCanadian at 11:39 PM No comments:
Labels: Modeling, Sprue Cutters Union

Sprue Cutters Union #13: Help Yourself Out to Some of My Disaster

This week's Sprue Cutters Union question is:  How do you prepare for your next build?

This best way for me to discuss how I prepare for a build is to give an example, but I gotta be honest here - I'm crazy.  Nothing I write below can be justified as the thoughts or actions of a sane person.  But nonetheless, here is a look into my mind:

Last Saturday at the Cincinnati Scale Modelers Contest, I purchased the new Airfix Harrier GR.1.  I've long wanted to model XV741 as it appeared in Canada for cold weather testing at Cold Lake in the winter of 1969.  Thanks to a Harrier fanatic friend I have a nice photo of this aircraft in July of 1970 with a Canadian flag on the intake.  Awesome.  Was the flag on both sides?  Dunno.  I would really like it to be so, but I can't confirm it either way.  There is also some video of this aircraft showing it was painted with red wingtips and outriggers during its time in Canada.  (Fast forward to about 6:50.)  But the bad news is I don't see the flag in the video. Indeed, most of the photos are from the wrong side, and yes, it is possible that the flag wasn't on both sides of the airplane, but in order to start the model I need to know.  (Oh, did I mention that in the photo, the Harrier does not appear to have the red wingtips and outriggers.)  So here I am wanting to build a model of a Harrier with red wingtips and outriggers and a Canadian flag on each side of the airplane, but I can't confirm the airplane was actually painted that way.  I know it is my model and I should just build it how I want; but the former history major in me wants it to be correct.  (Oddly, my artist friend Smith would be aghast that I would even consider doing so.  In his opinion, a modeler should be concerned only about creating an impression, not an exact replica.)  So, I guess I will go build something less interesting that is better documented.  And people wonder why I never finish anything...
Posted by AScaleCanadian at 9:54 PM 3 comments:
Labels: Modeling, Sprue Cutters Union

This week's Sprue Cutters Union question is: What do you like to build?

Subjects:  Royal Canadian Air Force and Royal Canadian Navy aircraft.  I occasionally stray into 50s and 60s US and UK jet territory, have an odd attraction to MiG jets, and I really enjoy USN and FAA subjects.

Aesthetic:  I'm more of a colour and markings and aircraft history kinda guy, than Mr. Detail. Good thing too, I don't have the skills to be Mr. Detail...

Manufacturer:  Tamiya kits are nice and all, but I really appreciate the new tool Airfix kits. Subjects I enjoy, a style that suits my skills, and at a nice price.
Posted by AScaleCanadian at 5:25 PM 1 comment:
Labels: Modeling, Sprue Cutters Union

This week's Sprue Cutters Union question is:  Where do you gather?

When I took up the hobby again after law school, I soon started attending local IPMS meetings. But I soon became tired. The meetings were too structured, mostly it was talking about minutia and club "business", politics would rear its ugly head, and they just were not that much fun.  The meetings remind me of classroom lectures and I really didn't learn much about modeling from them or get excited to attend. Not to mention, one of the clubs decided it was for "elite" modelers and became more about contest wins than anything else. I just didn't fit in with the one club and didn't seem to get much from the other, so I have drifted away from both groups.

Luckily, I met some wonderful modelers who became fast friends. One Saturday afternoon, an idea was born:  Why not start a group of 1/72 scale modelers that gathered once a month to hang out, share tips, and actually build?  Thus the Divine Scale Society was formed.  What started with a few guys has grown to groups of eight to ten, and each gathering is a great time consisting of models, modelers, good conversation, and great food. One of the things I love about the group is that, because we are actually working on models, we can watch techniques demonstrated in a "real life" setting.  I learn so much from these meetings and enjoy the camaraderie of fellow builders.  Sadly, splitting time between two cities means I don't get to attend the DSS meetings as much as I would like and I miss them.

Happily, a few of the local West Akron modelers and I try to gather once a month in one of the modelers’ basements to build and BS.  These are by far my favorite gatherings and I enjoy everything about them.  We share tips and techniques, catch up on each other's projects and more importantly we discuss anything and everything.  These guys are among my closest friends and there is both great conversation and much laughter each time we get together.  These guys inspire me not only to be a better modeler but also a better man.
Posted by AScaleCanadian at 4:49 PM 2 comments:
Labels: Modeling, Sprue Cutters Union
Newer Posts Older Posts Home
Subscribe to: Posts (Atom)